Sudden turbulence – on board the flight Moscow-Bangkok suffered 27 passengers 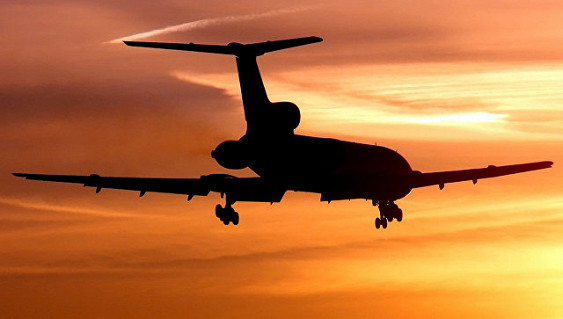 Twenty-seven passengers of the flight SU-270 Moscow-Bangkok, Aeroflot, 24 Russians and three subjects of Thailand, were injured of varying severity as a result of sudden turbulence, 17 people are still in the hospital, eight Russians needed surgery.

The sudden and unpredictable “clear sky turbulence” brought Boeing 777 into the air on Monday morning just 300 meters down, then back up again, then back down and up again. This happened 40 minutes before landing in Bangkok.

According to the experienced and highly professional pilots of the Russian Boeing, whose accuracy can not be doubted, the “failure” in the air hole and the exit from it took 15 seconds, but this was enough to ensure that the passengers, not fastened by the straps, took off twice at the cockpit ceiling and twice Fell from a height of two meters to the floor and on the railings of the seats, and many of the buckles hit their faces against the backrest in front of the seats.

The passengers, who were in the toilet cubicles and were waiting for their turn in front of them, were not fastened. Due to this, the greatest number of injuries was received by those who stood at the very tail end of the aircraft. Some passengers sitting in their seats, disregarded the advice of the crew to keep the straps fastened during the entire flight and also received injuries, but there were not many of them. A quarter of an hour before the incident in the plane they finished breakfast, flight attendants gathered trays, and the commander announced that in about an hour the liner would land in Bangkok. Many passengers got up and went to the toilets, as it always happens 40-60 minutes before boarding for hours on end.

An air hole over the mountains of Myanmar

At the time of the incident, according to the route, the aircraft flew over the border between Myanmar and Thailand. This is a vast mountain area growing from the earth to a half-kilometer height immediately after the level, like the table, of the hot valleys of central Myanmar – this is if you fly from Moscow to Bangkok through the territory of Myanmar, and this is how Aeroflot has been flying to Bangkok for several decades.

Despite the “travel” and the study of the route through Myanmar, which is used not only by Russian airlines, and which many consider optimal, in the opinion of the Thai weather experts, the nature of atmospheric phenomena in the Shan mountains is not fully understood and modeled, and sometimes presents unpleasant surprises to aviation In the form of unusually deep “air holes”, unexpectedly formed on the border between the raging heat in April and June, the plains of central Myanmar and the cooler air of the Shan mountains.

Liners, flying from Europe, and before, more than once, “fell” in the local “air holes”. Several years ago, the Italian airline’s plane “failed” in such a pit in the same area. Then nobody was hurt from the passengers, but one flight attendant got to the hospital.

In the late nineties, Aeroflot was similar to the present case, when the Il-96 liner “failed” in the “pit”. From that flight, 12 people were hospitalized at the Bamrungrat hospital in Bangkok.

The problem with this kind of turbulence, experts believe, is that people have not yet learned how to predict it.

Passengers of the flight in one voice thank the pilots for mastering the plane from the “pit” and a brilliant landing. Comradeship and medical assistance

According to the passengers’ testimony, despite the chaos at the tail of the plane, the screams of the wounded, the legs and arms broken and turned at an impossible angle, the oxygen masks that fell and swung over the seats, the life jackets that fell out from under the seats, the blood on the ceiling and the seat rails Only the plane leveled off, people began to render first aid to each other.

Through the efforts of comrades in misfortune, who got off with light bruises or fright, the wounded were bandaged, the blood was stopped, less complicated fractures were fixed. However, a new test was waiting for the victims: the emergency services of Suvarnabhum airport did not go to the runway, their employees appeared on board not immediately. According to passengers, the evacuation of the wounded from the ship took almost an hour.

However, as soon as the victims were in the waiting room of the large private hospital Samitivet Sinakkarin located near the airport, the medical assistance became orderly. In less than an hour, the three most seriously injured passengers were already lying on the operating tables, the rest of the “heavy” began to prepare for operations. In total, five complex operations were performed on the fractures of the limbs on Monday, three more, including a double fracture of the pelvic bones and a fracture of the shoulder, prepared on the morning of Tuesday. Those who did not need surgery, but were in a relatively serious condition, were assigned to a hospital, others, who had only minor bruises, were released after examination and procedures.

Now in hospital there are 17 persons from 27 victims – these are 15 citizens of the Russian Federation and two subjects of Thailand.

The operated Russians will stay in the hospital for several days to three to four weeks, depending on the severity of the injury and the complexity of the operation. The costs of treating all the wounded are borne by insurance companies. In addition, Aeroflot will pay compensation to all injured passengers. Assistance to diplomats

A group of employees of the Russian embassy in Bangkok, headed by the head of the consular department, Vladimir Sosnov, was in the hospital Sametevet Sinakkarin from morning till late evening.

Most of the affected Russians do not speak enough English to explain their feelings to the doctor during the initial examination, especially when appointing and conducting examinations and procedures, so the diplomats worked all day as interpreters. In addition, they compiled lists of victims, contacted or helped the wounded to contact their relatives, helped solve many domestic issues, participated in medical rounds, along with Thai doctors. One of the embassy staff remained in the hospital for the night as a duty officer.