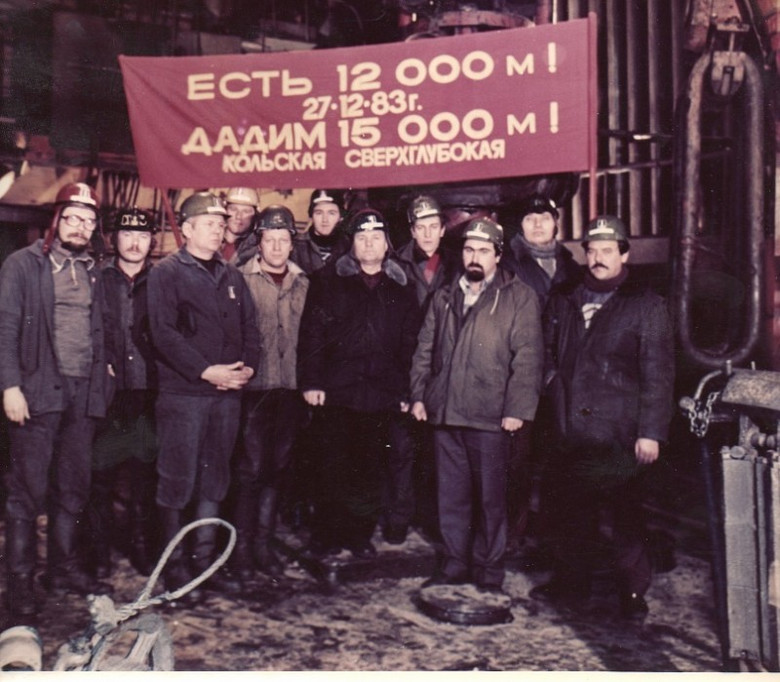 A scientific and production work associated with the drilling of underground wells. The total number of such objects only in Russia hardly incalculable. But the legendary Kola superdeep 1990-ies remains unsurpassed, leaving the Earth more than 12 miles! It was drilled not for economic benefit, but purely out of scientific interest – to see which processes are taking place inside the planet.

The most amazing in the world the well is located in the Murmansk region, 10 kilometers West of the city Zapolyarny. Its depth is 12 262 meters, the diameter of the upper part – 92 cm, diameter bottom – 21.5 cm.

Well laid in 1970 in honor of the 100th anniversary of the birth of V. I. Lenin. The choice of location was not accidental – it is here, on the territory of the Baltic shield, the surface are the oldest rocks Dating back three billion years.

With the end of the XIX century, a famous theory that our planet consists of a crust, mantle and core. But where one layer ends and the next begins, scientists could only speculate. In the most common version, up to three kilometers down are granite, then basalt, and at depths of 15-18 km begins mantle. All this was necessary to check in practice.

Underground studies of the 1960-ies resembled the space race – the leading countries tried to outpace each other. It was suggested that at great depths there are rich deposits of minerals, including gold.

The first ultra-deep well began to drill the Americans. In the early 1960s, years, their scientists have found that the crust is much thinner under the oceans. Therefore, as the most promising places to work was the area near the island of Maui (one of the group of Hawaiian Islands), where the mantle is at a depth of about five miles (plus the 4 km water column). But both the attempts of researchers from the United States failed.

The Soviet Union needed to adequately respond. Our researchers have proposed to create a borehole on the continent – despite the fact that it was necessary to drill longer, the result promised to be successful.

The project has become one of the largest in the USSR. Well employed 16 research laboratories. To get here was not less difficult than to get into the cosmonaut corps. Ordinary employees were receiving a triple salary and an apartment in Moscow or Leningrad. It is not surprising that staff turnover did not exist, and every place was claimed by no less than 50 candidates.

To the depths 7263 meters excavation was carried out using the normal serial settings, which at that time used in the extraction of oil or gas. This stage took four years. Then there was the year break for the construction of the new tower and installation of a more powerful installation “Uralmash-15000”, created in Sverdlovsk and called Severyanka. Her work was used on the turbine principle – when rotated not the whole column, but only the drill head.

After each metre to excavation became more difficult. Previously it was thought that the temperature of the rocks even at a depth of 15 kilometers is not higher than 150 °C. But it turned out that at a depth of eight kilometers, it reaches 169 °C, and at a depth of 12 kilometers and is made up of 220 °C!

Equipment quickly failed. But the work continued without stopping. The task of the first in the world to reach the 12-kilometer mark was politically important. It was solved in 1983 – just in time for the International geological Congress in Moscow.

The Congress delegates showed soil samples taken from a record depth of 12 kilometers, they had organized a trip to the well. Photos and articles about Kola superdeep went to all the leading Newspapers and magazines in several countries in her honor issued a postage stamp.

But most importantly – especially to Congress was prepared by a real sensation. It turned out that the rock samples taken at 3-km deep Kola borehole, is identical to lunar soil (it was first brought to Earth by the Soviet automatic space station “Luna-16” in 1970).

Scientists have long speculated that the Moon was once part of Earth and broke away from it as a result of a cosmic catastrophe. Now you can say that splinter of our planet billions of years ago in contact with the current of the Kola Peninsula.

Superdeep borehole was a real triumph of Soviet science. Researchers, designers, and even ordinary workers were honored and awarded almost a year.

At this time, work on the Kola superdeep has been suspended. They were renewed only in September 1984. And the first launch led to the biggest crash. The staff seemed to have forgotten about what’s inside the underground passage there are constant changes. Well not forgiving stop and makes you start all over again.

The result was the breakage of a drill string, in a depth of five kilometers of pipes. They tried to get it, but after a few months it became clear that it will not succeed.

Drilling operations began again with a 7-kilometer mark. To a depth of 12 kilometers for the second time came after six years. In 1990, reached a maximum of 12 262 meters.

And then on the basis of oil impact as the failure of a local scale and taking place in the country events. The capacity of the existing techniques have been exhausted, state funding has decreased dramatically. After several serious accidents drilling in 1992 stopped.

The scientific value of the Kola superdeep is difficult to overestimate. First of all, work on it proved the theory about the rich mineral deposits at great depths. Of course, precious metals in pure form were not found. But at around nine kilometers was discovered strata containing gold 78 grams per tonne (active industrial mining is conducted, when such content is 34 grams per tonne).

In addition, the analysis of ancient plutonic rocks enabled us to Refine the age of the Earth -she was half a billion years older than was thought.

It was believed that sverkhglubokaya there can be organic life, but raised to the surface soil samples, which accounted for three billion years, was discovered 14 previously unknown species of fossilized microorganisms. 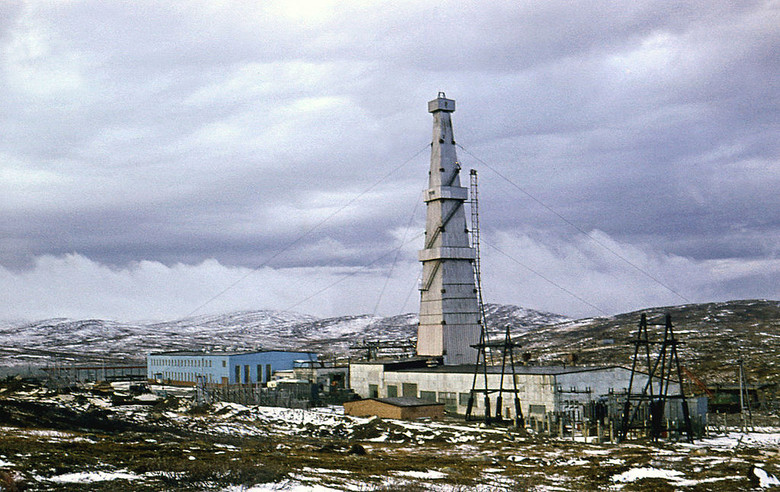 Shortly before the closing, in 1989, the Kola superdeep was back in the international spotlight. Director wells academician David Huberman suddenly began to call and write from all over the world. Scientists, journalists, and just curious citizens wondered: is it true that superdeep borehole was the “well to hell”?

It turned out that the representatives of the Finnish media was talking with some employees of the Kola superdeep. Those admitted when the drill broke the mark of 12 kilometers, from the depths of the wells were heard strange noises. Workers lowered the drill head is heat resistant microphone and it recorded the sounds that resemble a human scream. Someone from the staff has put forward the version that the cries of sinners in hell.

Are these stories true? Technically, borax is to place the microphone difficult, but possible. However, its launch can take several weeks. And sensitive sites instead of drilling, it was hardly possible. But, on the other hand, many employees well indeed heard strange sounds that regularly came from the depths. And what it could be, nobody knew.

With the filing of the Finnish journalists, the world press published a series of articles with the assertion that the Kola superdeep is a “road to hell”. Mystical significance was ascribed and the fact that the Soviet Union collapsed, when the drillers were sinking the “unlucky” thirteenth thousand meters.

In 1995, when the station already was mothballed in the depths of the mine there was a strange explosion – at least for the reason that there was nothing to explode. Foreign Newspapers reported that through the work done by people in the course from the Earth to the surface, flying demon (newspaper headlines like “Satan escaped from hell”).

Director wells, David Huberman, in his interview, frankly admitted: he does not believe in hell and demons, but the strange explosion had taken place, and strange noises like voices. Moreover, the survey conducted after the explosion revealed that all equipment is in order.

For a long time, the well was considered to be conserved, it employed around 20 staff (in the 1980-ies their number exceeded 500). In 2008, the object is completely closed and part of the equipment dismantled. The ground part of the wells building the size of a 12-storey building, now it is abandoned and gradually destroyed. Sometimes tourists come here attracted by the legends of the votes from hell.

According to statements of employees of the Geological Institute of the Kola science centre of RAS, which was well, her recovery would cost 100 million rubles.

But scientific papers on the depth of it is not: this object can only access the Institute or other facility for training specialists in offshore drilling. Or create a Museum – because the Kola borehole remains the deepest in the world.