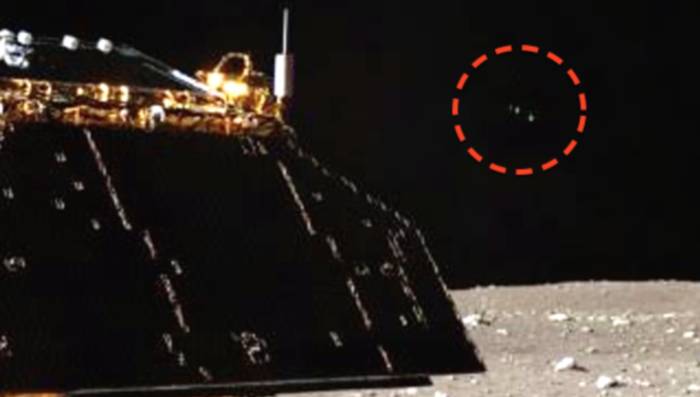 In pictures sent to Earth Chinese lunar Rover, enthusiasts found an alien ship that observes the earth’s apparatus on the surface of the moon.

This UFO with three green lights visible against the black of space. The lander “Chang’e-3”, named after the Chinese goddess of the moon, reached lunar orbit and made a soft landing on 6 December 2013. He was the first, after the automatic station “Luna-24”, spacecraft that landed on the moon.