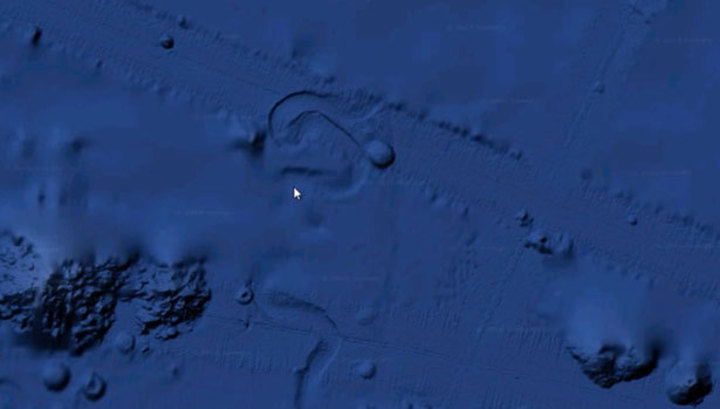 American ufologists from enterprises Secure Team 10 has detected traces of aliens on Google maps. According to observers, the aliens occupied the bottom of the Pacific ocean near the California coast. Proof of his theory of paranormal investigators have recorded.

Published below footage shows images of the ocean floor, was found on Google maps. The authors of the movie say that the sand under the water you can see strange marks and stains, as if left by the massive equipment, which was moved along the bottom.

“These trenches may not have a natural origin,” — said the authors of the video. However, some viewers of the video a different opinion. Some believe that the strange footprints were left by a technique, which various researchers periodically lowered to the bottom of the ocean. Others believe that “the trenches” of unusual shape – the result of sonar installed on many ships.

Anyway, a definite conclusion about the origin of the lines with unusual shapes on the ocean floor YouTube users could not do that.

“How is it possible in this case to say anything for sure, if 90% of the earth’s oceans is still very under-researched?” writes one commenter of this video.