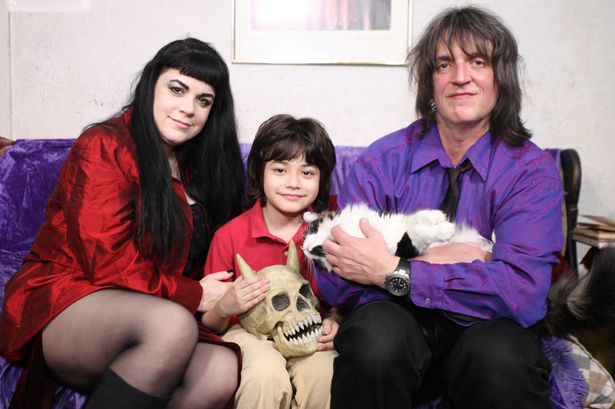 Julia “Black Rose” Caples every month drinks at least half a liter of human blood for “replenishing his sexual energy.” This blood she takes from her fans, which she has plenty.

People themselves come to her and voluntarily allow Julia to bite herself and drink their blood. Julia is a mother of two children, now she is 50 years old, and she began to drink human blood in 20 years. The woman calls herself a real pioneer of modern vampire fashion and a symbol of this culture.

But not everyone takes her strange and perverted lifestyle. According to Julia, she has enough haters because of which the woman was forced to move from town to countryside, and her neighbor once drove her car to her house and Julia says that he thus probably wanted to kill her. Julia wants to get on the TV show The Wizard of Odds and there tell everyone about her way of life in the hope that people will still understand and accept her as she is.

Julia Caples lives in Pennsylvania. She says that the peak of her popularity as a vampire came in the 90s, when she traveled around the world and attended various TV shows. However, then very few people perceived it as a real vampire.

“Now the vampire fashion and many people dress in vampire style and try to behave like vampires, but they are not like me, they imitate their movie heroes, but I’m a vampire in real life.” I drink real human blood and she gives me incredible sexual energy. “It’s like an aphrodisiac.”

Julia tells that she wants to find young real vampires to pass on her experiences, including negative ones, so that they themselves do not have to go through like that.

“They tried to kill me, I was forced to flee the city, I was not taken to work or fired, my life was not easy, but I am what it is and if you feel the same, do not shut yourself up, but accept yourself.”