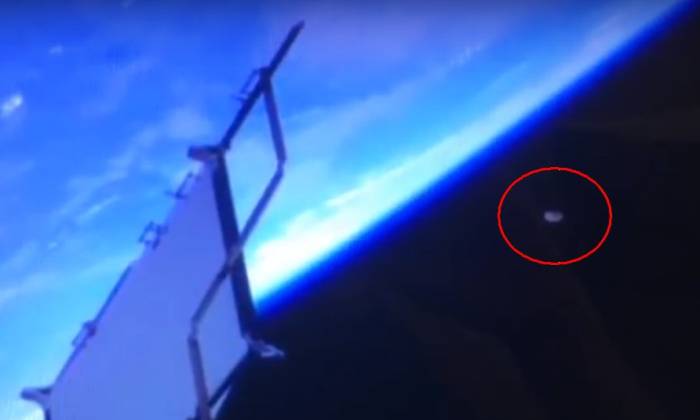 14 Aug 2016 during a live WEB broadcast from the International space station (ISS) camera recorded a UFO.

The first video, which appeared a voluminous oval-shaped object resembling a flying saucer was shot in 15:51 coordinated universal time (UTC), which is used on the ISS. The video shows that the UFO is grey metallic surface reflecting the light of the Earth’s atmosphere.

The following frames demonstrate the chronology of movement of the object moving away at high speed from the Ground. 15:55 he was already at a considerable distance from the place where was recorded for the first time. Then, it seems that the UFO slowed its movement.

Later, at 17:24 the commander of a space crew was transferred to the mission control center in Houston a short message: “It’s totally weird…”. Consequently, the UFO was seen not only from a space station and conducted a focused observation.