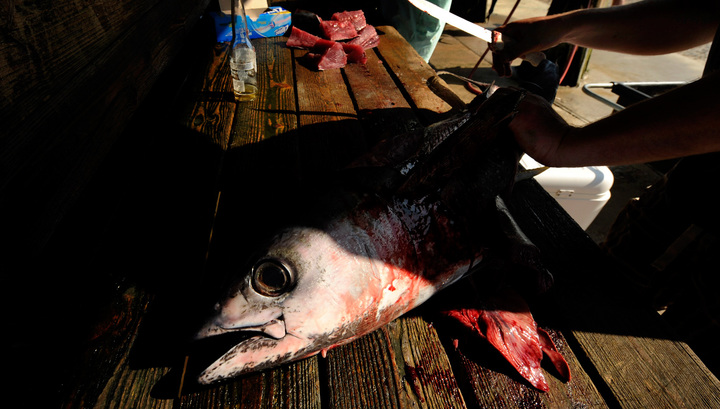 In Florida the fisherman has caught a tuna during which razdelyvaniye it was found out that fish has had dinner male genitals recently, the The Daily Star newspaper reports.

Fish weighing more than 36 kilograms was caught in the gulf Tampa in Florida. According to the fisherman Gerry Masterson who has caught her, day was very silent, and he didn’t expect a good biting. Therefore when such big fish has come across a hook, he very much was delighted.

But as soon as he cut a stomach to fish, joy was replaced by disgust. Masterson has told that at first he has felt an awful smell of rotting, and already then has seen stomach contents.

Fishermen at once have given the find to police which has begun investigation. According to the investigators, genitals can belong to a corpse which was dumped to the gulf to hide traces of crime. And fish has just regaled on his intimate parts.