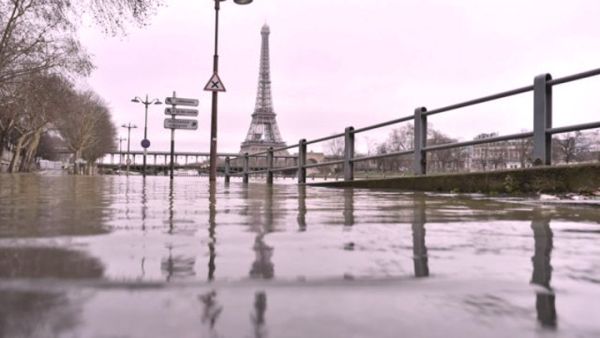 Yesterday the sky over France took on a beige tint. The phenomenon is caused by the sirocco wind, which arose from the passage of the anticyclone and is noted in most of the French provinces.

Sirocco, blowing mainly from the southeast, originates in North Africa, blows for two or three days and has such a depressing effect on the human psyche that it has become a part of popular culture, the hero of songs and ballads. The wind carries with it small particles of sand. In the mountains in southern Europe, the sand dust that has fallen has already turned the snow in the resorts yellowish. Skis glide with difficulty on such a surface, and their coating quickly deteriorates. Motorists complain about the sand that has covered the cars and got inside the cabins. Drivers are advised not to turn on the washer wipers, but to wash off the sand at gas stations with a strong jet of water to avoid scratching the glass.

Now clouds with tons of sand are moving towards the northern regions of France. Previously, the beige sky was noticed by the inhabitants of Toulouse and Lyon.

The beige skies are expected to be observed over France for another day or two.