The girl tree emerged in Bangladesh 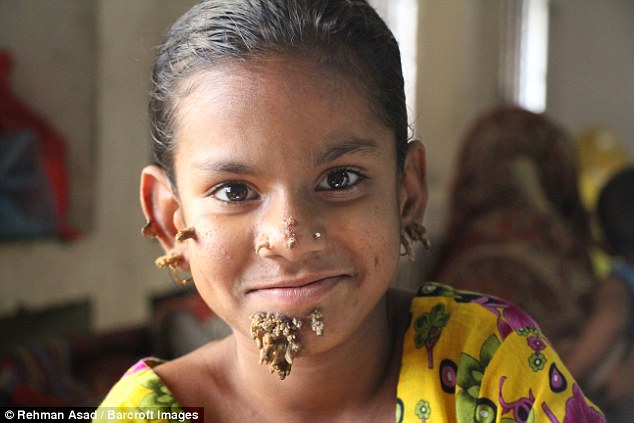 10-year-old Shahan sick almost from birth, the first symptoms appeared in her 6 months. Warty growths appeared all over his body, reaching the face and ears. The family lives in a remote village and considers that to help the child can only at the hospital in Dhaka (capital of Bangladesh).

Despite the growths, Shahan says that the school my classmates are against her, say Hello and talk to her. Although often in such communities, people with abnormalities on the body are considered outcasts.

Disease Shahani as other people-trees is still considered incurable. Help can only operation to remove the growths, but they eventually grow back again.

The most famous man-tree in the world was an Indonesian fisherman Dede Koswara. He was done several operations, but due to complications he died in 2016.