The government of the United States is working aliens 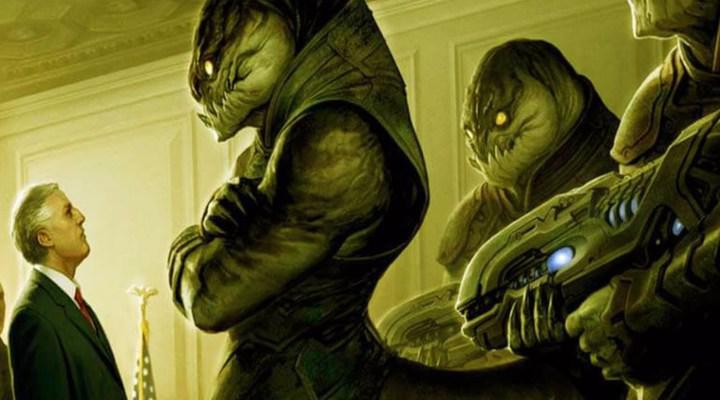 “My name is Paul Helle, I am the former Canadian Minister of Defense, I served under three governments and spent 23 and a half years in parliament.As a minister, I received reports about UFOs, but was too busy to be interested in them at that time … But 10 years Back I started to take an interest in them because one young man from Ottawa started sending me materials on this topic … He once sent me a copy of Colonel Corso’s book “The day after Roswell.” I began reading it in the summer of 2005, Indeed, amazed by the content. And I thought that the author of the zero serious problems, and the American people and the world people have a right to know what is really going on, because they are part of the UFO -. not just an isolated phenomenon.

Having received confirmation of the facts in the book from the US Air Force general in retirement, I accepted the invitation of Victor Vigiani and his companion Mike Byrd to speak at a symposium at the University of Toronto. There I argued: “UFOs are as real as flying over our head planes.” This gave me the dubious honor of being the first person of the ministerial level of the G-8 countries, who stated this unequivocally.

Since then, I’ve learned a lot from different sources, including a series of striking eyewitness accounts, which we listened to for the past four days. They are amazing people. The narrated by them is amazing … But since I’m not ufologist, but a politician, let me add something.

First, in the 1960s, a UFO fleet appeared, heading south, crossing the territory of NATO. Of course, the Supreme Commander-in-Chief of the Joint Armed Forces in Europe was very shocked. Fortunately, or maybe, thanks to divine providence, before the “panic” button was pressed, the flotilla turned around and headed back north. Obviously, everyone thought that it could be Russian, and were very worried. The investigation of the entire UFO problem was launched and a document was drawn up that concluded that at least four species of beings had visited Earth for several thousand years. And I have the same opinion at this stage.

On Earth, aliens of 20 species are seen

We called them “They”. Speaking in the morning, Linda Molton-Howe named three kinds of creatures. In my last book, “The Light at the End of the Tunnel: A Survival Plan for the Human Race,” has already identified five different species. Now I know that there are actually more of them. Just a few days ago I saw a document that referred to 20 species. Where can they come from? These are the star systems of the Zeta Grids, Pleiades, Orion, Andromeda and Altair. So I do not think we can call them “They” anymore. It is not an amorphous mass, but different kinds of beings, which, accordingly, can have different purposes. As, for example, the USA, China and Russia. Our true aspirations may be very similar, but now our conscious interests are still very different.

Another observation. We spent quite a lot of time talking about corpses growing with 6-year-olds. And I was pleased when Linda this morning said that there are living aliens living on Earth at this time. At least two of them work for the US government.

Other creatures, which I was able to learn not so long ago, the so-called high white – Paula Harris said so publicly several years ago. Thanks to her, I had the opportunity to talk for about three hours with former pilot Charles Hall and listen to an absolutely fascinating story about how he worked with these creatures. At first Hall was scared to death, but after they managed to get to know each other, they began to trust each other. As a result, good working relations were established with the High White on the training ground in Indian Springs, Nevada. They lived in the US Air Force base, cooperating with the military and sharing technology with them. Hall wrote a book called “Millennium hospitality.”

Some civilizations are more developed than ours

My interest is in complete declassification. The only caveat is, perhaps, there should be disclosure of 95-98%. I know of one or two things that you should not talk about openly, at least for now. I’m sure it will happen, but maybe not right away. But just like some children say goodbye to the ideas of Santa Claus when they grow up, I think that law-abiding taxpayers are quite able to accept a new wider reality that we live in a cosmos cooperating with life in its various forms. The fact that some civilizations are more developed than ours may be humiliating, but it may be a necessary step for our survival.

In the world now – a vicious mess. We have a maximum time until the end of the decade. It is necessary to stop global warming if we do not want to cross the point of no return. But our leaders do not even talk about it. At best, they say superficially. Apparently, it is more interesting for them to unleash wars for control over oil, in fact, prolonging the severity of the consequences. Of course, even if they took the threat seriously, they would not have enough resources to finance the transition from oil to clean energy, because we have an endless idiotic financial and banking system in the western world.

We need technology for clean energy, and it exists, and it is kept secret by the same personal selfish interests that govern our destiny. Who is behind these selfish interests, and what are they plotting? Senator, you talked about the military junta. Well, in my opinion, this is true, but I expanded and deepened this definition to “bondage”. Kabbalah consists of members of related organizations. These are the Council for International Relations, the Bilderbergers and the Trilateral Commission, the international banking cartel, the oil cartel, members of various intelligence organizations and elected members of the military junta. Together they became the shadow government not only of the US, but also of most of the Western world … The goal of the game is a World Government consisting of members of bondage that no one elects, who are accountable to no one, and, according to Mr. Rockefeller, Far advanced. Does this help you understand why our civil rights are being taken away? I say “ours,” because Canada is also included in this general plan … All the freedoms won by the millions of men and women who fought in World War II unceremoniously merge into a ditch …

We must become spiritual beings

The only hope of establishing peace on the whole planet is the paradigm shift in the American way of acting … and the adoption of a policy of cooperation with all mankind in order to build a world that we are all capable of together.

Young people all over the world need ambitious noble goals, they want to be involved in preventing global warming, creating a fair and stable banking system, and leading the way to change for a new reality in which we must live in harmony with our heavenly neighbors, at the same time , Seeking peace on earth. In a word, we should become spiritual beings, professing a single principle, underlying all the major world religions – the Golden Rule.

And in this regard, I want to read out an excerpt from the book “Passport to Space,” the late Dr. John Mack, an American psychiatrist who became the world leader in interviewing people abducted by UFOs. Or “survivors of abduction,” as he called them.

I quote: “Although the aliens themselves are not gods, and their behavior is sometimes far from godlike, the abductees constantly report that these beings seem closer to God than we are acting as messengers, guardian spirits or angels, acting as mediators between us and The Divine Source. ”