The Italian filmed a UFO flight over Rome 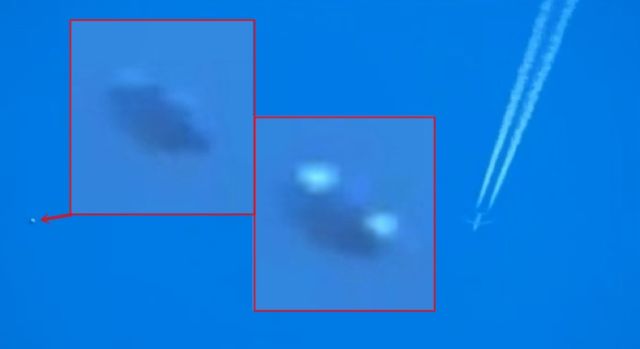 Sitting on the terrace of his house, a resident of Italy shot a plane with a camera with a very powerful optical zoom. When he watched the video on the computer, he noticed a UFO, which because of the high speed of flight, he simply could not see on the camera display and it became visible only after slowing down the video.

The UFO has a rather disk-like shape and seems to rotate during the flight, emitting light flashes from some kind of propulsion system.

Studies of the Videotapes carried out in the “centro ufologico mediterraneo” in Italy showed that in this video a UFO that appeared in the sky above Rome is definitely not a balloon, not a satellite, and not an atmospheric probe. The parameters of the object, its trajectory and speed, clearly indicate that this is not an aircraft of human civilization.