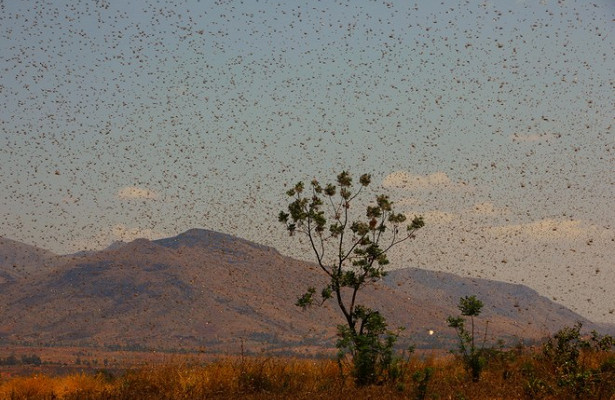 The most panic-prone residents of Kenya and Ethiopia. In addition, the state of emergency was introduced by the Somali authorities: an invasion of this magnitude on the territory of the state was not 70 years old.

In addition, Uganda and Tanzania are at serious risk, where they recorded the first cases of locust attacks. The authorities of these countries have begun preparations to contain the situation.

Somali authorities fear that they will not be able to take control of the situation until the start of the harvest in April. The Ministry of Agriculture said that insects are “a serious threat to the fragile food security situation in the country”