The meeting with the mysterious fireballs 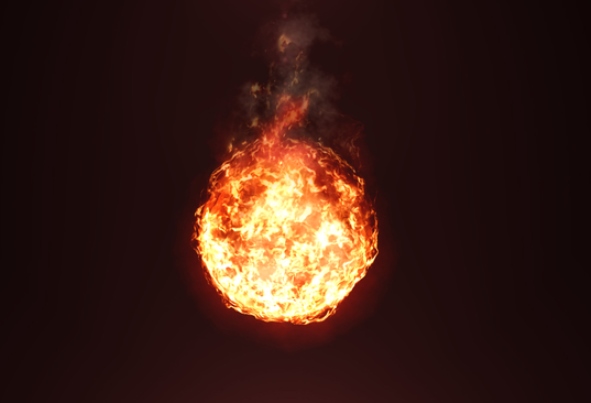 About his two encounters with mysterious fireballs that occurred at different times (a difference of nearly half a century), I was once told 79-year-old listener Alexander of Dambinov. In the Republic he is well known as an outstanding athlete and multiple world champion, Europe, Russia among veterans of kettlebell lifting and powerlifting. Person he is not easily impressed. Passing the story with his words.

The evil spirits of the pipe

It was the postwar period, when many Kalmyks were still in exile in Siberia.

My mother, sister and brother were living in UBA district of Novosibirsk region farm name Gandichevskiy. The father died at the front in late 1941.

The case I remember very well. To our village brought different movies and played in the state farm club. And then one day I went in the evening to watch the film “Peter the great”. Because the film was two-part, it ended quite late. The people dispersed, and I was looking for someone for me to go home together. But from our end of the village and saw no one.

Had to go alone. It was the dead of lunar night. And when I passed by one house, was surprised to see that his pipe pulled out some bright red balls. Each was the size of a soccer ball. They flew out of the pipe one after the other and soared high into the sky.

I counted five such balls. By the way, all this happened in the beginning of the second hour of the night, and by the time the locals usually closed chimneys dampers to keep the house warm.

I thought it was evil spirits, and were very frightened. While often talked about sorcerers, witches, devils and other evil spirits. Many years have passed, and I still don’t know what it was really. Maybe a UFO?

Many years later, in 1995, when I was already 59 years old, I went with transfers from Elista in the city of Biisk, in the Altai. There going to take part in the next championship in kettlebell lifting among veterans. I went on a bus to Mineral Water therefrom to take the plane to Barnaul – the nearest to the Biysk airport.

All routes with transfers I calculated in time almost back to back. It was therefore very annoyed when the bus stopped to the military and police carried out a search, checked the documents of the passengers. It was a time when Shamil Basayev and his gang seized a hospital in Budyonnovsk. Arriving, finally, in Minvody, I hurried to the checkout of the airport. By purchasing a ticket and ran, hoping to catch the departure.

I understand that passengers have long been sitting on the plane. And then I got lucky: I was walking towards the airport employee reassured, saying that the departure for whatever reason delayed. However, when I was sitting in the cabin, again worried. After all, if the flight is late, I can not make it to the competition, which worked so hard on!

The plane took off, when it was already dark. I was sitting at the window. And what do I see behind, two hundred meters, parallel to the plane is flying fireball with a diameter of about ten meters. At first I silently looked at him, and then pushed to the side neighbor, and he looked. He looked out the window, but saw nothing and cautiously looked at me.

I and other passengers who were sitting at the Windows, talked about flying the balloon. It turned out, no one except me could not see him, although he was clearly. On the contrary, all were looking at each other knowingly, saying that the person that is dreaming, whether it’s healthy?

But I saw him! And therefore continued observation of flying object. Fireball sometimes flashed blue. It disappeared when became to dawn, and the plane started to descend for the intermediate landing at Kemerovo. To be honest, after when he was gone, I doubted the reality of this world.

It’s been more than 20 years, and I still think I may have really happened some kind of hallucinations on the basis of stressful experiences because of the possible delay to the championship in Biysk? But couldn hallucinations can go on for hours? Especially then, after taking off from Kemerovo airport, the Orb appeared. Or it was a disguised UFO, and I somehow managed to see him? Maybe it is because of him and had a flight delay?

By the way, to the competition I still managed, and performed very successfully, winning the high title of national champion among veterans.