The most amazing cases of UFO sightings 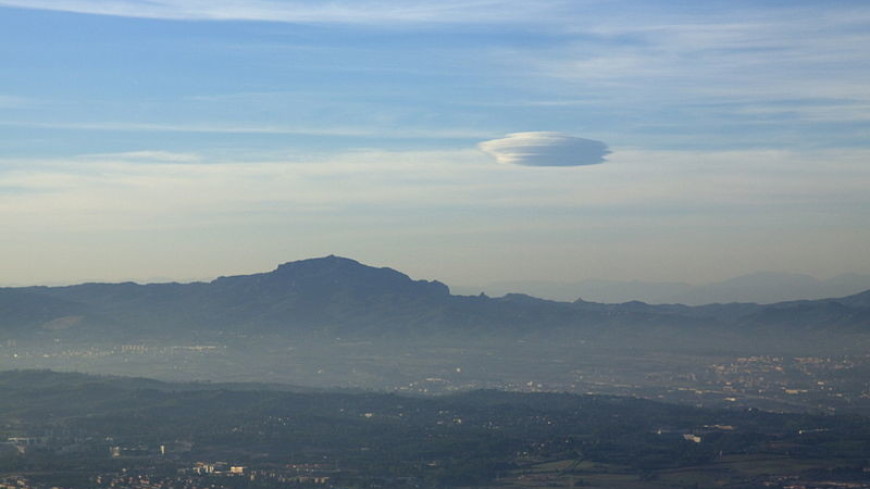 Since mankind has had the opportunity to look beyond the terrestrial atmosphere and began to seriously explore the cosmos, Earthlings invariably worried about the same question: are we alone in the universe. The official science has not yet given an unambiguous answer to this question – simply because it does not have sufficient grounds for this. The unofficial says: no, they are not alone! And what is more, I am absolutely sure that the Earth and its inhabitants long ago became the object of research and visits from their brothers in the mind.

Unofficial science, confident in the existence of aliens and their periodic contacts with the Earth, is called ufology – from the English abbreviation UFO, in Russian – UFO, that is “an unidentified flying object”. But the study of UFO alone UFOLOGY is not limited. The sphere of its interests is much broader: it includes all phenomena on Earth and outside it, which until now there was no logical explanation, as well as terrestrial and extraterrestrial objects to which extraterrestrial origin is attributed.

Although ufology is still not recognized by science, and in many countries (including Russia) it is officially considered quasi-science, and even pseudoscience, its fans and supporters have even their own day – the Day of the UFOologist (World UFO Day), which is celebrated 2 July. On the eve of this day, MIR tells its readers about six famous cases of UFO sightings and contacts with them, registered since 1947 – since the phenomenon of “flying saucers” was first documented.

The first meeting with the “flying saucers” (1947, Washington, USA)

The first person who managed to describe in detail his meeting with unidentified flying objects, is an American businessman and amateur pilot Arnold Kenneth. It was after his narrative that the term “flying saucer” itself appeared and entered the world dictionary forever, for it was, according to Kenneth, similar to those flying on June 24, 1947, over the Cascade Mountains in the state of Washington located on the western shore of the USA. According to the amateur pilot, nine obscure objects, reminiscent of the profile of the disks, and in the plan – crescents with a ledge at the top, “flew about 20-25 miles and disappeared from sight. “For about three minutes I watched as a chain of water-moving saucers, like abandoned flat stones, stretching out for at least 5 miles, moved between high mountain peaks. They were flat, like pans, and, like a mirror, reflected the sun’s rays. I saw all this quite clearly and clearly, “wrote the American pilot. Most of all Kenneth was alarmed by the speed of flying “flying saucers”: according to his calculations, it was much higher than the speed of sound, which at that time was not capable of any known aircraft on the planet.

Events that became a reason for talking about the government and the military hiding the truth about the aliens unfolded two weeks after Kenneth’s sensational meeting with the “flying saucers”. A few days earlier, on July 3, a farmer, Marc Brayzel from New Mexico, saw a bright flash and a thunder from which his house shuddered at night, and in the morning he found a wasteland covered with metal fragments that looked like thick foil, which, under any effect, retained their shape, light material, incombustible and unbreakable, and other incomprehensible things. 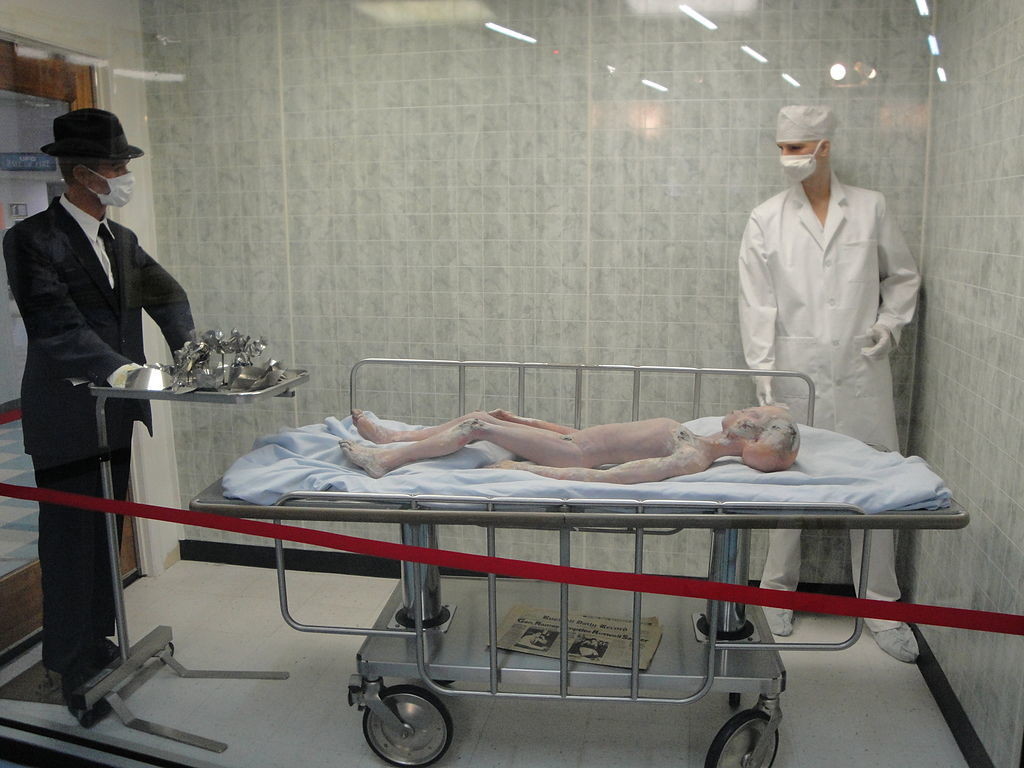 On July 8, Roswell, a spokesman for the airbase, made a statement that the found “flying disk” had been delivered to the base, but a day later this statement was disavowed by a higher command. The wreckage was called the remnants of a fallen weather balloon, but the witnesses continued to assert that it was not like any meteorological probe. Later, eyewitnesses began to appear, allegedly seeing aliens found near the crashed UFOs, who were seized and examined by the military.

The incident with the pilot Mantell (1948, Kentucky, USA)

This incident can be considered the first case of human death as a result of an attempt to investigate a UFO near. On January 7, 1948, four Mustang fighter planes R-51 were raised from the airbase of the city of Godman. They faced the task of catching up and exploring an incomprehensible object approaching the airbase. All four pilots clearly saw the object in front of him, which was described as “metallic, huge in size, round like a tear, and sometimes seemed liquid” (such a description from the words of the pilots later led the command). Three pilots returned to the base, and one – commander of the captain Thomas F. Mantell – continued to pursue a UFO in an attempt to approach him as close as possible. “I’m moving closer to better consider it,” the pilot informed the dispatcher. “It’s right in front of me and it’s still flying twice as slowly as I do … This thing is metal and huge in size.” Now it is gaining ground and is moving at the same speed as I … that is 360 miles per hour. I’ll go up to a height of 20,000 feet and, if I can not get close, stop harassment. ” Soon the connection with the pilot disappeared, and later the broken fighter Mantella was found. It turned out that the pilot died of suffocation even before his plane fell to the ground, exploding in the air. One of the main oddities that make ufologists even today talk about meeting with aliens was the time difference between the death of the pilot and the time of the plane crash. Wrist watch Mantella stopped at around 15.10, communication with the plane disappeared at 15.15, and the disaster he suffered only after an hour and a half – at 16.45!

After the events of 1947-48, UFOs began to observe around the world with sufficient regularity, but it was very rare to trust stories about these meetings. All the more strange were the events of April 24, 1964, in the vicinity of the city of Sococoro, where the patrol policeman Lonnie Zamora first saw a pillar of flame descending to the ground, and then, when he came closer, a strange object resembling a silver car and two unknown persons next to him. “The two of them I did not see for long when I stopped for a second or two to look at the object,” the policeman later told me. – Nothing unusual: no headgear, no helmets. People are like people. 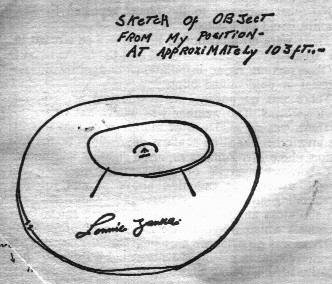 Squat adults or tall boys. When they noticed me, one of these creatures turned to the car and flinched with surprise. ” Calling for help and having toured the hill on which there was a strange apparatus, Zamora saw no longer a silver car, but something of an ovoid shape, with no living beings near by. And at the same moment the object began to make claps, then a flame appeared from below, and after a few seconds there was nothing on the hill. Later, dents in the ground and traces of the impact of the flame were found there. The case in Sococoro is considered one of the most reliable examples of possible contact with a UFO that has an extraterrestrial origin.

The fireball in Kexburg (1965, Pennsylvania, USA)

A year and a half later, on December 9, 1965, events unfolded in the vicinity of the city of Keksbourg, fueling discussions about the secret military research on UFOs. That day, over the eastern shore of North America, a shining fireball swept past: it was observed by thousands of people in the US and Canada, from the province of Ontario to the state of Pennsylvania. In the end, the UFO disappeared in the area of ​​Keksburg, and the place of its alleged fall was immediately cordoned off by the military. Witnesses from among local residents managed to see how a strange bell-shaped structure was pulled out of the forest, which was loaded onto an army heavy trailer and taken away in an unknown direction. Opponents of the ufological version claimed that under Kexburg the military seized a crashed Soviet satellite or the head of a ballistic missile. However, in one of the few photographs preserved after the incident, one can see a strange object slightly taller than human height, not resembling one of the famous Soviet satellites, much less the head of the rocket.

In a long series of examples of detecting UFOs on the Earth’s surface, the so-called “Tehran case” stands apart. As the US Department of Defense Intelligence Department noted in its report, in accordance with the criteria for assessing such incidents, this was an “outstanding case”. The document notes that it “is considered a classic observation of a UFO that meets all the criteria for reliable observation:

The object was observed from several different positions (Shamiran, Mehrabad, airplanes, control tower and dried salty lake);
High reliability of many observers (Air Force General, skilled pilots and experienced dispatchers);
Visual observations are confirmed by radar;
Similar electromagnetic effects were observed on three different aircraft;
Physiological effects associated with the appearance of UFOs (loss of night vision due to the brightness of the object) were observed;

In addition, all the pilots who observed UFOs – and these were not only two military pilots, but also the crew of a civilian passenger aircraft, claimed that at a distance of about 40-45 miles from a brightly shining object they were refused electronic equipment (and on one of the military and the weapons control system also refused), the object did not allow to approach it, and the smaller UFO, separated from the main object, even flew the control tower of the military airfield, disconnecting all the equipment on it, and landed later, but the results you have a survey of the place of his landing and remained classified.