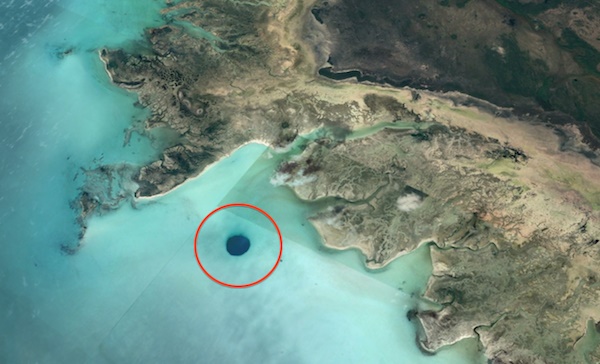 Presently there was a great number of “the virtual archeologists” and “the virtual ufologists” who investigating satellite pictures in Google Earth and finding various strange places there, declare “discovery of the century” and make loud statements about mission of the finds.

The other day in media there was information on next such “sensational find” made by “the famous ufologist” Scott Waring who according to his statement on the page in Youtub, uploaded the next video and commented on it the message that he found “an entrance to underwater base of aliens”.

The Turks and Caicos Islands — two groups of the islands of the Atlantic Ocean making a southeast extremity of the Bahama archipelago. In 144 km to the South from islands there is an island of Haiti.

“I found a big round entrance which leaves deeply under the earth. It near Cuba. Opening simply huge! This most isolated place on the earth is ideal for base of aliens. The small desert island which got lost in the huge ocean. Newcomers do not want that people knew where they are”, – Scott Waring declared. 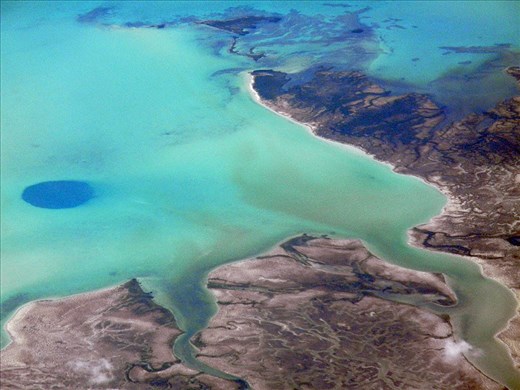 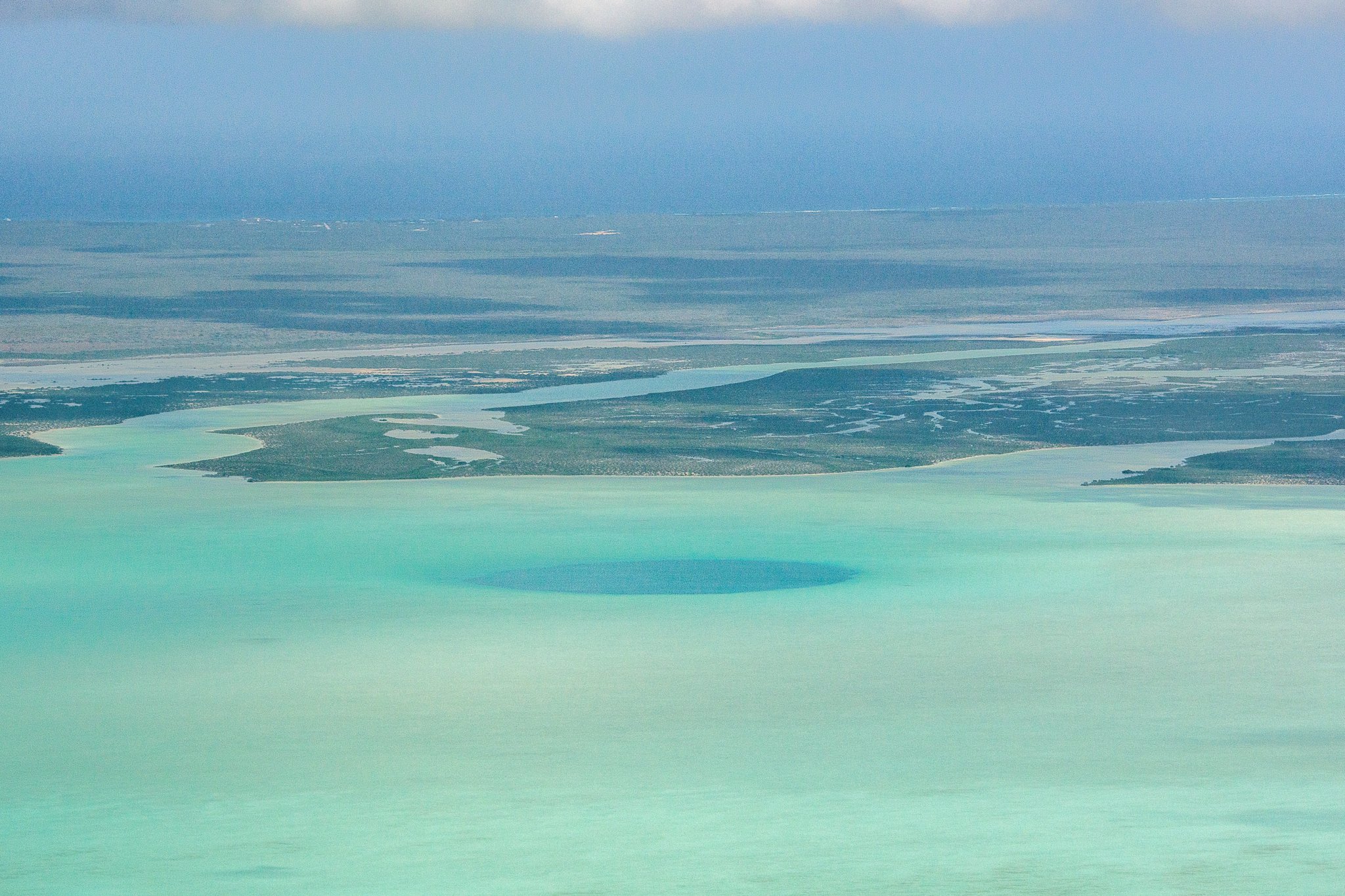 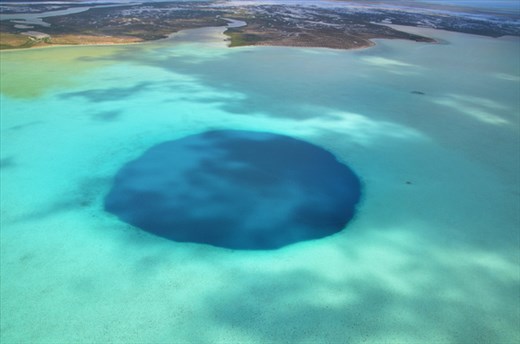 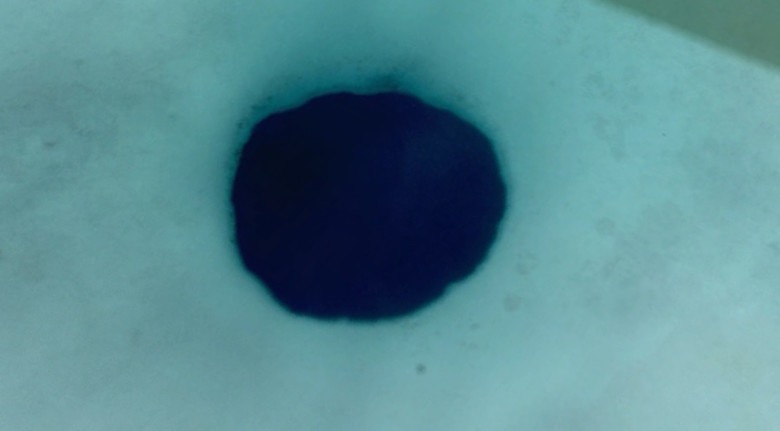 We asked to comment on bold statements of Waring, really famous parapsychologist and ufologist Arkady Svetlov.

earth-chronicles: Arkady, we is aware that you really famous person in particular circles and according to our information, worked with very rich people of our planet, traveled much. What do you think of this “sensation” and in general of “the virtual archeology”?

A. Svetlov: Yes, I is real as you are expressed, it is rather known in particular circles. I returned to Russia recently, and before traveled all over the world much and really gave various help to quite famous people.

Let’s begin with what is “ufologist” – it is the person who lit the life to researches of the abnormal, paranormal and supernatural events. In this case, “the famous ufologist” Scott Waring, that is not. He does nothing in front of the computer and for the sake of promotion of the channel on the known hosting of video, publishes a huge number of various pseudo-sensations. “Known” it was made by media which task consists in discredit of ufology, per se. It is no secret, that there are really mysterious places on the planet, but the attention in world media, is given only by it here to “unfortunate ufologists” and their mere allegations.

In this concrete case everything is rather apparent. About what “find” can there be a speech if this karst failure is known long ago and it is even plotted. Pay an attention that in Google Earth, this place is designated as “Ocean hole”. As for Waring’s statements that from this hole UFOs surely take off, I even to comment on these conjectures I have no desire.

I was on these islands and investigated karst caves which there is a lot of on the land and in a coastal zone. This failure is located near the coast at the island Middle-Kaykos. I wanted to investigate this funnel, but the place for immersion the very composite there long ago and it was necessary to wait for the suitable period of inflows and tides to make immersion.

By the way, this “a hole in the ocean” did not become widely known though it is twice more, than “a blue hole” in Belize and in three, than “a blue hole” on the Bahamas. Its sizes nearly 6 kilometers in the diameter! Reasons of its education, especially geological. Low-popularity of this “hole in the ocean”, is explained by what to reach to it extremely difficult task – all southern part of the island, these are the mangrove woods and swamps and when I could make the way there, it was necessary to choose still an opportunity to reach a failure by the small boat, having floated 25 kilometers on shallow water.

Having plunged into an opening, I fell by depth of 20 meters, water literally became farther than ink color and visibility was close to zero. Funnel walls, are covered with oozy deposits. At a depth of 30 meters, the same oozy walls and the complete darkness. This funnel, connects a choke to the same karst funnels on the island, it is almost covered with them, even on the highest points, there are karst failures.

During two immersions in this hole I did not notice any aliens and UFOs. Routine karst failure unusual only the beauty and sizes. To “The virtual archeologists and ufologists” I can only advise to come off the monitor and to investigate anomalies on the area before making laugh the world with the loud statements. In the world really there are many mysterious places and objects, but this “a blue hole” only a karst failure and anything is not present the abnormal in it.