The mysteries of lightning 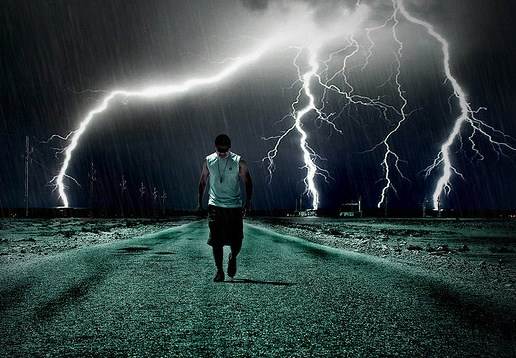 The scale of the phenomenon, which we call “lightning”, is an ambitious. Suffice it to say, what in the world is happening every hour of up to one million lightning discharges, and the length of the electric spark reaches sometimes up to 150 kilometers. The currents in the lightning reach hundreds of kiloamperes. The temperature of lightning is greater than 25 000-30 000 degrees.

But even more surprising is man’s relationship to lightning. Sometimes it seems that there are people, attracting lightning to themselves. The well-known story of a French officer of Summerford. In 1918, a bolt of lightning threw him from his horse, resulting in lower body paralyzed major.

He left France in Vancouver. While fishing, the lightning found him under a tree where he was hiding from the rain along with three friends. The major was again paralyzed.

It happened in 1924. A few years later, in 1930, again after recovering from paralysis, major was walking through the city Park. Here he was again overtaken by the storm. The lightning strike he was again paralyzed. After living for two years, Summerford died.

But even with that, his communication with zippers is not over: in 1934, lightning struck the tombstone of major of the Vancouver cemetery.

In a special relationship with lightning major Summerford was not alone. In the Guinness Book of records describes the American, the National Park Ranger Roy Sullivan, who was attacked by lightning… seven times!

For the first time his unique ability to attract lightning appeared in 1942, when “date” with zipper cost him the loss of the big toe.

Then, in July 1969, the result of a lightning strike he lost eyebrows and a year later, in July 1970, received burns of the left shoulder. In April 1972, the lightning singed his hair, and in August 1973, not only singed hair, but also burned the feet.

It would seem that this is enough for one person. But there it was. In July 1976, the lightning damages the Sullivan ankle, and in July 1977, a lightning strike, he was hospitalized with burns of the chest and abdomen.

No less amazing event occurred in Japan. A group of pupils, being in the mountains, fell in the storm. In order not to lose students, the teacher ordered the boys to contact one rope-like climbers. In this chain, and was struck by lightning. He was killed every third student, the other survived. All studies conducted by Japanese scientists and are unable to explain this startling fact.

Some cases of unexplained, when suddenly in a cloudless day lightning appears and… deprives people’s lives. It happened once in the district of Bourges in France. In the Department of soldiers marching in formation, with clear blue sky pierced by lightning. Nineteen people were thrown to the ground, some were dead. 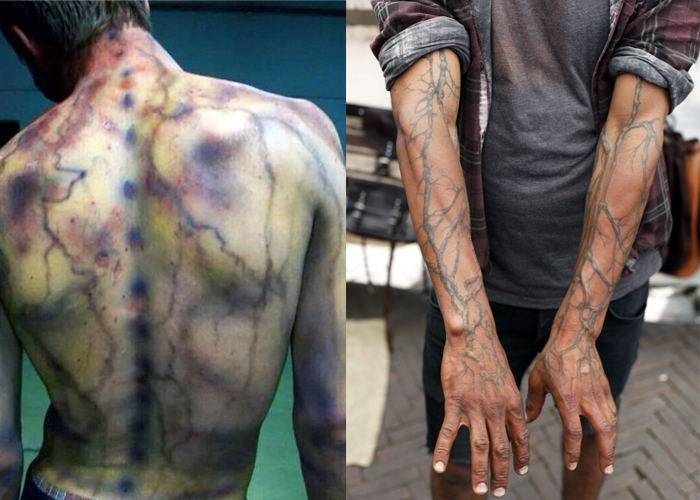 Hard to explain, and events, which for several years occurred in Italy. In 1899 in the village of Taranto in his own yard by lightning, was killed by a peasant Primaria. Thirty years later at the same place by lightning killed his son. And in October 1949 was murdered, again by lightning, grandson Primaria.

And how do you explain, for example, that the lightning left on the body of his victim original photo, even received the name “ceanography”?

For example, a little girl standing near a window during a thunderstorm. She was struck by lightning. Her body is imprinted the image of the poplars in the yard. Or the case of a sailor, killed by lightning. His body found a picture of a horseshoe hanging on the mast of the ship as a symbol of happiness.

The boy climbed a tree to steal eggs from bird nests. The tree was struck by lightning. The boy’s body were found contrast image of the tree on which the boy climbed, the branch with the nest and the bird sitting on the branch.

But, as suggested, another trick of lightning, associated this time not with man but with animals. The most amazing event of this series took place in 1971. A Jasper Barraute from South Carolina brought from hunting a rabbit. When his wife began to cook the animal for dinner and took the front paws the skin, it showed… a small, but very clear portrait of a female face: lips, curly hair, long eyelashes. 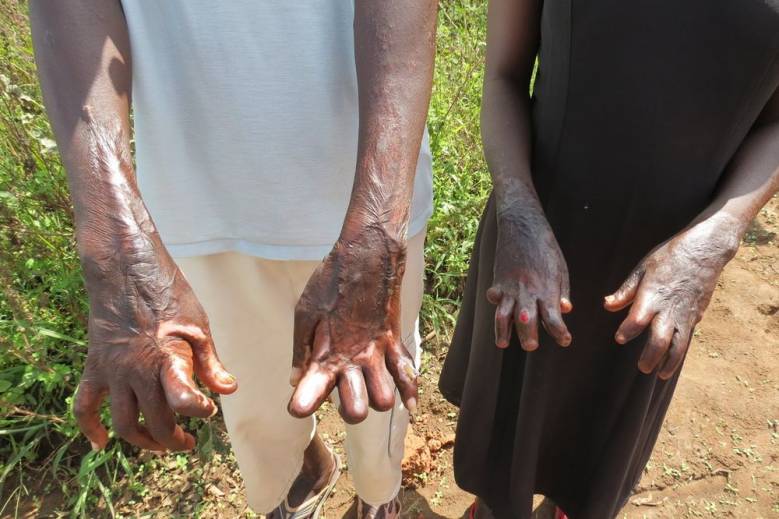 Fantastic event occurred once with several climbers who spent the night during a thunderstorm on the slopes of the Pamirs. However, his evil temper in this episode demonstrated this time fireball. What happened was the following. Suddenly at night in the tent climbers penetrated the fireball. She climbed into our sleeping bags exhausted people and literally tore pieces of flesh from their bodies.

One of the four climbers had died, the other three were injured. The singularity of this case is that, as told the witnesses of the incident, the lightning had acted so sensible, as if it were an evil creature.

Of course, this list of unexplained phenomena associated with lightning and people, not ends. It could be greatly expanded, and we would have done, if it helped the resolution arising from the meeting with such phenomena issues. The fact is that most of the strange incidents and have not received an explanation to this day.