The mysterious circles in the sky frightened the inhabitants of Latvia 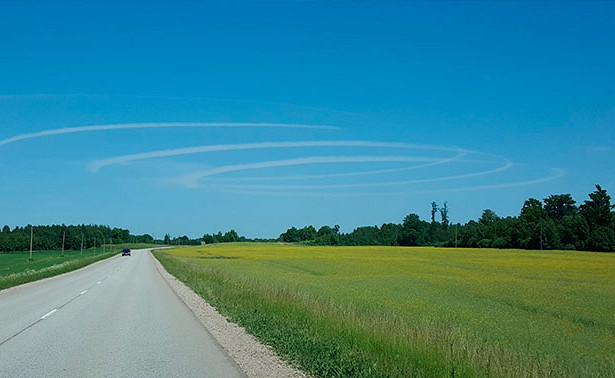 Residents of several cities in Latvia were discouraged by mysterious white circles in the sky. A lot of posts with photos of the phenomenon were published by Latvians in social networks with various assumptions about their origin.

Under certain images, whole discussions unfolded. Some users of social networks even assumed that such circles in the sky can be left only by an alien ship.

However, the more pragmatic immediately retorted that most likely these traces appeared as a result of flights of NATO aircraft, which arrived in the Baltic States for conducting exercises.