The mysterious disappearance of Charles Ashmore and David Lang 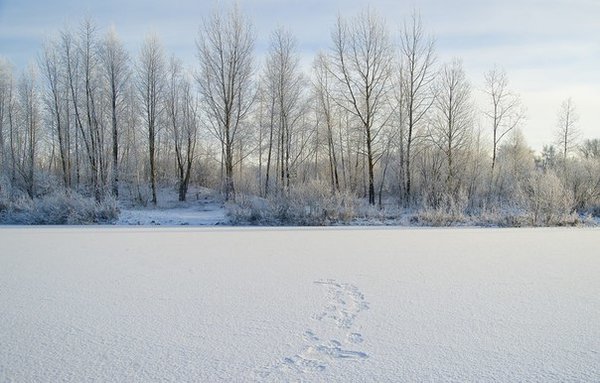 The family of Christian Ashmore consisted of his wife, mother, two adult daughters and a son of sixteen. They lived in Troy (New York State) and were wealthy and respectable people.

In 1871 or 1872, the Ashmore family moved from Troy to Richmond, Indiana, and a year or two later – in the vicinity of Quincy, Illinois, where Mr. Ashmore bought the farm and settled on it. Almost next to the house was a creek in which pure cold water flowed, from where the family took water for home use at any time of the year.

In the evening of November 9, 1878, at about nine o’clock, the young Charles Ashmore was sitting near the fireplace, then he got up, took a tin can and went to the stream. Because he did not return for a long time, the family became worried. Approaching the door and opening it, the father called his son, but received no answer. Then he lit a lantern and with the older daughter Martha went in search.

A light snowball fell, and on the path were visible traces of a young man – each track was clearly visible. After walking a little more than half way, about 75 meters, his father stopped suddenly, he lifted the lantern and peered into the darkness. “What’s wrong, father?” The girl asked.

And the following happened: the traces of the young man suddenly broke off, and then there was smooth, untouched snow. The last prints of the tracks were as distinct as all the preceding ones – even the depressions from the hats of the nails in the snow were visible.

Mr. Ashmore looked up. The stars were flickering, there was not a cloud in the sky, the seen could not be explained. After walking past the last traces to leave them intact for further investigation, the man went to the stream, followed by an instantly weakened and frightened girl.

Both were silent, shocked by what they saw. The creek was covered with ice for a considerable time. In the morning the light did not reveal anything new. Smooth, clean, untouched first snow lay everywhere.

Four days later, heartbroken mother herself went to a stream for water.
Returning, she told me that when she passed the place where the trail ended, she heard the son’s voice and immediately began to call him. As it seemed to her, the voice came from one direction, then from another direction, then she was exhausted. When she was asked what the voice said, she could not answer, but she insisted that the words were clearly audible.

At one point the whole family was at this place, nothing was heard of, but about the voice it was thought that it was a hallucination caused by the anxiety of the mother and all the nerves that were upset. But months later, at uneven intervals, a voice was heard by several other family members. Everyone claimed that it was, undoubtedly, the voice of Charles Ashmore.

All agreed that he proceeded from a great distance, was barely able to hear, but with clear articulation, but no one could determine directions or repeat what he said. The intervals of silence grew longer and longer, and the voice was weaker and more distant, and by mid-summer it was no longer heard.

A very similar case of disappearance was published in June 1953 in the journal Faith. The story was called “How my father disappeared” and was allegedly written on the basis of an interview that writer Stuart Palmer took from Sarah Lang in 1931. Sarah talked about how her father, David Lang, disappeared without a trace.
A resident of Sumner County, Tennessee, David Lang walked September 23, 1880 through a field not far from his house. His wife watched him from the porch, and their children, George and Sarah, played in the courtyard. Just at this time, a lawyer, Judge August Peck and his brother-in-law, drove up to the house.

Suddenly, Mrs. Lang screamed, and the men froze in place with astonishment and horror. Right before their eyes, David Lang disappeared. The intensified search for Lang led to nothing.

Nevertheless, years later, after this incredible incident, on the spot where he disappeared, an uneven circle with a diameter of 15 feet was visible. Inside this circle nothing grew, it seemed, even the insects did not crawl there. Once the children of Lang went inside the circle and heard the voice of his father, from somewhere unknown. David Lang was never seen again.

Unfortunately, when they began to disassemble the story about Lang on the details, it turned out that some facts indicate his unreliability. For example, in the archives of Sumner County there are no references to the Lang family and Judge August Pecke.

However, it is interesting to note some similarity between the aforementioned disappearances of David Lang and Charles Ashmore. The voices of both, apparently, were weakly audible in the places of their disappearance. In both cases, the voices gradually became weaker until they could no longer be disassembled.
Although all this is only speculation, it is possible that David Lang and Charles Ashmore continued to exist in the dimensions to which they entered. The imminent silence that follows implied that their existence there was not long. Or, perhaps, they unsuccessfully tried to enter their world again in places of extinction. So nothing and having achieved, they, most likely, left for other places of the invisible world.