The mysterious hum was recorded in the North of Canada 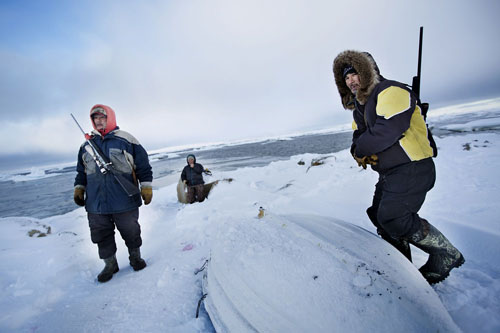 Canadian hunters-Eskimos and the Inuit settlement of Igloolik began to hear a mysterious clunk coming as it seems from the bottom of the ocean. This rumble has already scared away many animals and fish that depend on traditional crafts of the North.

Local residents initially attributed the mysterious hum of the mining companies work, and some even suggested that the sound have a relation to the Greenpeace activists who are trying to sabotage the work of geologists. However, the representatives of the companies, and Greenpeace claim that have no idea the origin of the sound.

The noise came and went all summer and fall and managed to scare off many marine animals that are hunted by the Eskimos and Inuit. Waters of the Bay and Fox have become almost lifeless. The hunters claim that on the coast in the vicinity of Igloolik were only birds and no seals.

When all attempts to explain the origin of the noise have been exhausted, the administration appealed directly to the Ministry of national defence of Canada with a request to find out what scares the fish and seals. The investigation began in October.