The mystery of the Blue lake in Kabardino-Balkaria 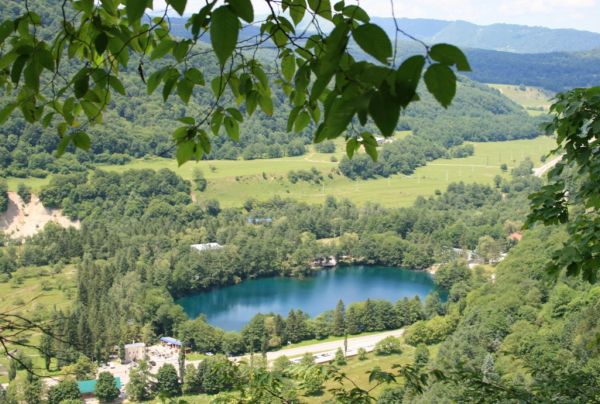 The mystery of the Blue lake in Kabardino-Balkaria — one of the deepest in Europe — remained unsolved. Accurate data on the depth of the lake does not exist, and unmanned submersibles could descend only to a depth of 365 metres. Scientists understand how it formed and what’s down there.

The last time Blue lake was investigated in the 20-ies of the last century. It is known that its level can change several times a day. For some reason, scientists still unknown.

The blue lake of Kabardino-Balkaria is located in the Cherek gorge. There are only 5 lakes. All of them have karst nature of education.

The lower lake is the most interesting and unique. It is located at elevation 809 feet above sea level. Has a total area of water surface a little more than two hectares, and its depth is 386 feet. But there are suggestions that the depth of the lake is much more, because his bottom still has not been reached. In its depth, this lake occupies the third place in Russia after the Teletskoye in the Altai and lake Baikal. The uniqueness of the lake lies in the fact that it does not fall into any one river, and one day follows the order of 70 million liters of water.

Tserik-Kel — so called this lake the locals, which means, like a rotten lake. The origin of this lake among the local population the legend. Once on the territory of Kabardino-Balkaria has lived a fearless hero Batraz that in the match defeated the evil dragon. And when the dragon fell, the mountains were formed failure, which is filled with water. Dragon and today lies at the bottom of the lake and sheds tears, thereby filling the lake with water and an unpleasant odor.

Right from the edge of the water visible to the steep wall, stretching in depth and from what I have seen the impression that this is a huge well. Depending on the time of day and weather, the colors of water are constantly changing and have various colors. The water temperature in the lake in winter and summer the same 9.3, so the lake never freezes.

Upper Blue lake 2 this lake, East and West. Also, these lakes are called Communicating. Between them constructed a dam and water from East lake flows into the West. East lake is larger and deeper West. In these lakes the fish.

The secret lake is situated close to Upper Blue lakes. And named it so because it is located in a deep karst funnel, covered with dense beech forest. 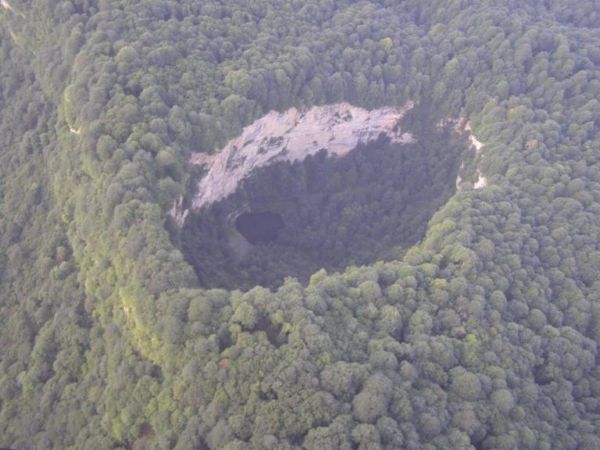 Dry lake or it is called missing persons was formed in a large doline with vertical walls reaching depths up to 180 meters. Before this failure was completely filled with water, but as a result of the shudder mountains, the lake disappeared and left only at the bottom of the canyon.

There is a theory that after the shudder mountains, below there is a new failure, and water from this lake flowed into the new lake, which is now called the Lower Blue lake. Also there is the assumption that all the upper lakes have underground.