The mystery of the “Bosnian stone” 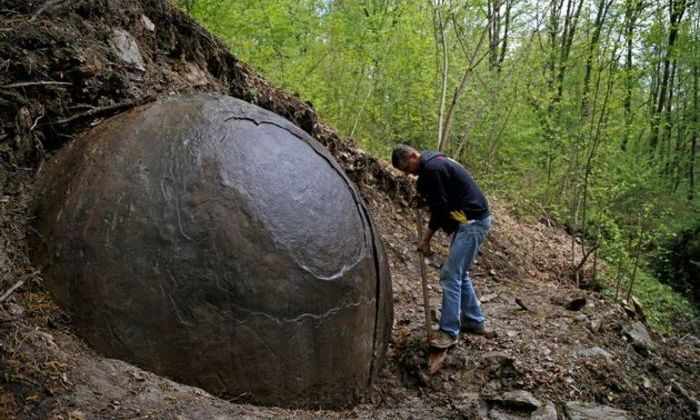 Archaeologists have discovered in the forest in Bosnia and Herzegovina a huge man-made boulder of spherical shape, which is probably a monument of an ancient highly developed civilization. The largest stone ball in Europe was found in the ground early in the month.

Archaeologist Sam Osmandjic discovered the “Bosnian Stone” near the village of Podubravle. According to preliminary data, the diameter of the stone reaches 1.5 meters. The brownish-red color of the ball indicates a very high content of iron in it. Its density should also be very high, close to the iron, that is, about 7.8 kilograms per cubic meter. And the mass can exceed 30 tons.