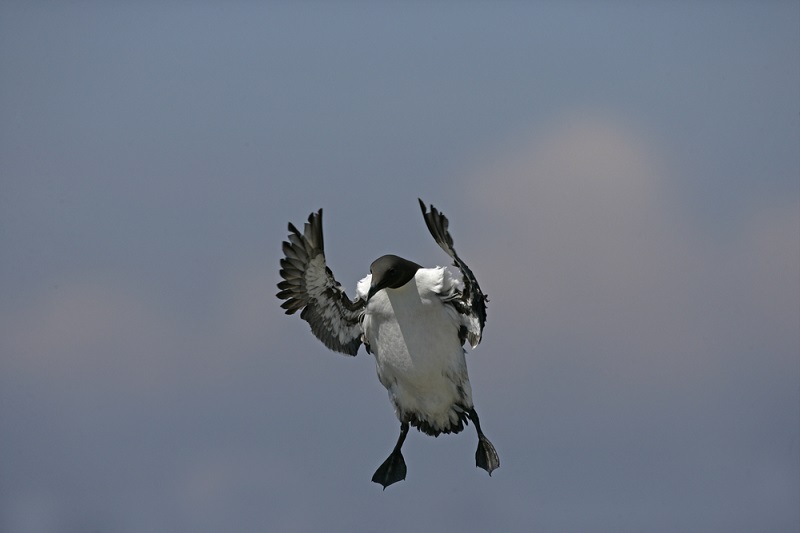 Since the beginning of January, the sea has already carried more than 20,000 dead birds to the Dutch coast, from the northern islands to the southwestern ones. The cause of death has not yet been established. In the near future, marine biologists in the research center of the city of Utrecht will conduct a mass autopsy of 100 birds in the hope of finding an answer, reports AFP. The population of the finely-billed Murre is estimated at 2 million individuals, that is, it is not on the verge of extinction. However, the massive death of the Netherlands experts is of great concern.

One possible reason would be an oil spill from a MSC Zoe container ship and multiple debris into the sea and on the coast (plastic toys, polystyrene, shoes, a bag of hazardous powder, etc.), but inconsistencies occur. The first autopsies did not detect toxins in the birds’ stomach, their feathers were clean. And then, why only muras die? No other animal victims were found either in the Netherlands or in neighboring countries, and they die in the Dutch water area. Cyrus belong to hardy birds. Their small but powerful wings allow them to dive under the water when they are chasing the fish. These birds were observed at a depth of 180 m. Scientists are worried that something is wrong in the sea. And this is also to be found out.

Another version – the birds were depleted due to bad weather, which made it impossible to catch food, but the weather in the preceding days was not stormy. Of those Kair, which managed to pick up alive, the few survive. Birds are so weakened that even artificial feeding with a special nutrient mixture in combination with glucose and salt solution to compensate for dehydration does not help them.

There are many questions, but no answers yet. The country’s public also became interested in the causes of the tragedy. Therefore, scientists hope to publish a report within a month after the autopsy.