The mystery of the Nampa statuette created 2 million years ago 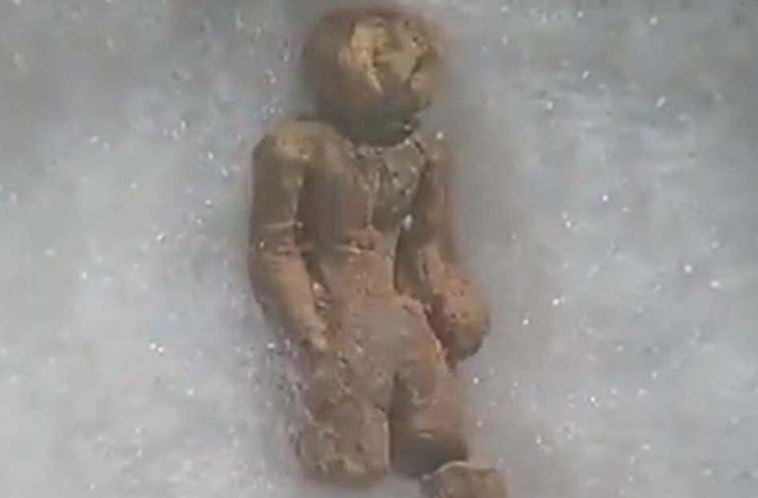 A small humanoid figurine, skillfully crafted from clay, was found in 1889 in Nampa, Idaho. Who could have created it 2 million years ago?

No hominid other than Homo sapiens sapiens has created such works of art as the Nampa figurine. Thus, the data indicate that modern humans lived in America about 2 million years ago, at the turn of the Plio-Pleistocene.

In July 1889, one of the owners of the drilling company, Mark A. Kurtz, tested material delivered by a sand pump from a layer of clay at a depth of more than 91 meters from a borehole. A strange object fell into his hands. After washing it, he discovered that it was a small figurine of a man.

Kurtz later showed the figurine to Charles F. Adams, president of the Union Pacific Railroad, who was passing through Idaho. Adams, who had recently read a book by J. F. Wright, wrote to Wright about the discovery. 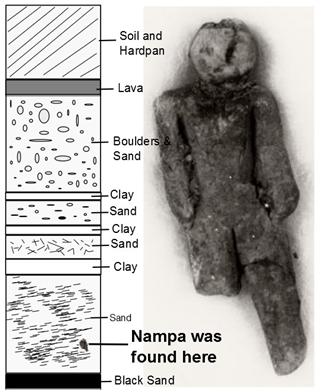 Wright from the US east coast wrote to Kurtz asking him to photograph the artifact. Kurtz replied that he was unable to take a photo, so he sent the figurine to Wright. Wright noted: “This object is about 3 centimeters long and is distinguished by the perfection with which it represents the human form.”

He added: “It was a female figure, and its details were made in realistic outlines, which does honor to the classical centers of art.”

The object was heavily stained with iron oxides characteristic of deposits from the 91 meter level. Wright showed the object to the archaeologist F.W. Putnam of Harvard University. “Having shown this subject to Professor F.V. To Putnam, Wright wrote, he immediately drew attention to the nature of the iron inlays on the surface, indicating the considerable antiquity of the relic.

In protected areas, it had stains of anhydrous red iron oxide that could not have formed on any counterfeit item. While visiting the area in 1890, he checked samples to compare the discoloration of the oxide in the image with the discoloration on clay balls still found among the debris that came out of the well, and to make sure they were identical.

According to current Darwinian theories of evolution, figurines like those found in Idaho were made only by modern humans, who appeared on Earth only about 200,000 years ago.

The Nump figurine is a decisive challenge to the evolutionary scenario, as noted by W.H. Holmes of the Smithsonian Institution. In 1919, Holmes wrote in his Handbook of American Aboriginal Antiquities.