The mystery of those who visited the parallel world 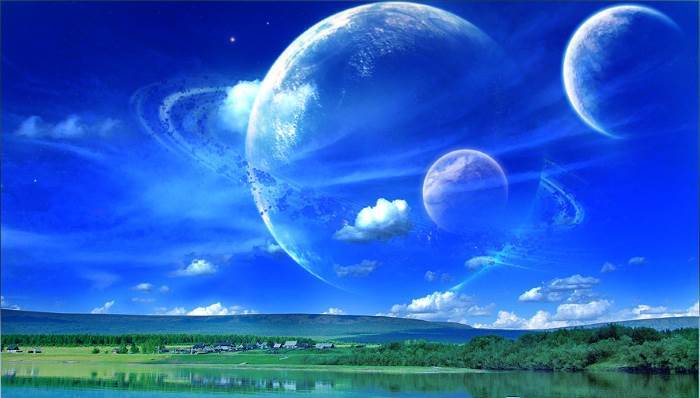 From time to time people suddenly get into the world, similar to their usual, but with significant differences. Sometimes this does not last long and people manage to return back, leaving behind questions where they have visited, how they got there and how they returned. And sometimes people could not get back into their world and stay forever in the world they were in.

THE PERSON FROM THE NON-EXISTENT COUNTRY

The most famous of such stories is the story of “The Man from Tuared”.

The riddle of Taured or “A man without a country” is a mystical event that occurred at the Japanese airport. Many believe in the truthfulness of this story. The main secret: what is Tawred. Neither today, nor in the 50s on the world map did not exist such a country. The disappearance of this man a day later put an end to history. In addition, with him disappeared his documents – passport and copyrights, so the mystery remained unresolved.

It was a hot July day in 1954. A traveler with a European appearance arrived at Tokyo International Airport Haneda. His native language was French, he also spoke Japanese and other languages. Nothing extraordinary.

Further, eyewitnesses of this story disagree in the testimony. According to one version, this man submitted a passport for the stamp, and the officer of the Japanese customs noticed something strange. The passport did not look fake, but the country where it was issued did not exist on the world map. The customs officer took the traveler to find out the circumstances. According to another version, the man mentioned that he was from the country of Tawred. When they did not believe in the customs, he showed them his passport.

The traveler insisted that Taoured was real. According to him, Toured is located between France and Spain and has existed for 1000 years.

When he was given a card, he pointed to the place where Andorra was. He wondered why his country on the map is listed as Andorra. Japanese customs officials argued that Tawred does not exist, but the traveler stood his ground.

The customs decided to detain a person. They suspected that he was a criminal. They took up the investigation of the incident, and he was taken to spend the night in a hotel nearby. To prevent a suspicious tourist from escaping, two guards were assigned to his room. The next morning, the customs officers went into his room and found that he disappeared without a trace.

It is not clear how he escaped. In addition, all his personal documents, which could confirm the reliability of the story, also mysteriously disappeared. According to another version, he was secretly hid in a madhouse and there he passed away.

One of the common explanations – a man from Taured accidentally came from a parallel dimension. According to this theory, there is a parallel Earth, similar to ours. But there Andorra is called Taured. According to another hypothesis, it was a traveler from the future, but this theory seems even less believable.

THE HISTORY OF CAROL CHAIS MAKELCHENI

In 2006, Carol Chase McElheny drove from Perrys, California, to her home in San Bernardino. She decided to stay in Riverside, the city where she was born. However, Carol quickly realized that this is not the city, although geographically it was there, where it should be.

She claims that she could not find a home where she spent her childhood and where her parents still lived, or the homes of other members of her family. She did not recognize any houses at all, although the numbers and street names seemed to be correct. Even the cemetery where her grandparents were buried was just a fenced wasteland overgrown with weeds.

Maybe she just stopped in the wrong city? She would have thought so if she had not found a friend of high school and college. Nevertheless, Carol was looking for familiar buildings for a short time – it was in the terrible atmosphere of this Riverside. The inhabitants were somehow strange, and she soon left the city, afraid to approach either of them.

Carol believes she was in a parallel dimension, where her Riverside was a much more sinister place.

History can not be confirmed – when, after a few years, she again came to Riverside for her father’s funeral, she fell into the ordinary city where she grew up. In alternative Riverside, Carol was never again.

In July 2008, a 41-year-old woman with a good education, Lerina Garcia, woke up in her bed in an ordinary morning. She began her usual day, but gradually discovered small details that seemed very strange.

For example, her pajamas differed from the one in which she went to bed. She decided that she had made a mistake, and went to work, where she worked for the last 20 years. However, when she came to her department, she realized that this was not her department, despite the fact that he was in his usual place and on the same floor.
Deciding that there was definitely something strange going on, Lerina returned home and found her former boyfriend, with whom she had left half a year ago. He acted as if they were still together. And her new lover, with whom she had lived for four months, was nowhere to be found. He was never found even after hiring a private detective: no traces of himself or his family could be found.

Although what happened to Garcia seems like a neurological disorder, she herself thinks she woke up in a parallel universe. Unfortunately for the poor Garcia, she never returned to her home universe, forever stuck in a dimension where she lives with a former boyfriend who can not get rid of.

At about 11 pm on November 9, 1986, Pedro Oliva Ramirez, he said, traveled from Seville, Spain, to the city of Alcala de Guadaira. He traveled along this road many times and was shocked when the road suddenly made a turn, and he was on an unfamiliar straight six-lane highway.

Around him were strange objects, and in general everything was strange. He felt warm, and at some distance from him voices were heard.

One voice stood out from the general chorus – it was he who told Ramirez that he had just teleported to another dimension.

At the intervals of exactly eight minutes passed old cars with white or beige narrow rectangles of unfamiliar license plates.

About an hour later Ramirez found a left turn. The road sign said that along this road you can go to Alcalá, Malaga and Seville. Ramirez drove towards Seville, but was very surprised to see that he had almost reached Alcalá de Guadaira. He returned, but could not again find a crossroads, a road sign or a six-lane highway.

In May 1972, four girls returned to the Southern University of Utah after the Saturday rodeo in Pioche. When they crossed the state line between the states of Utah and Nevada about ten o’clock in the evening, they came upon a fork. They turned left and drove into the canyon of Gadianton.

Suddenly, the dark asphalt turned into white cement. Deciding that they just turned the wrong way, the girls drove back, but, to their surprise, they saw the fields of grass and yellow pines, and not the desert.

They decided to stop at a roadside cafe and ask for directions, but quickly changed their minds when one of the girls started hysterically screaming. And it was from what. From the top of the hill behind them at a tremendous speed four brightly shining egg-shaped vehicles descended on three wheels.

The frightened girls rushed back to the canyon, and the white cement was replaced by the usual dark asphalt, and around them was again a familiar desert.

The girls were not lucky – they pierced one tire, the car skidded, and they left traces of three tires on the road. I had to wait until morning to walk to Route 56, where they met a soldier of the National Guard.

Their story sounds like an invention, but tire tracks are difficult to explain. Traces left by their “Shevi”, broke off only 200 meters in the desert, and the girls, they said, drove more than three kilometers north of the highway.

And there is no physical evidence of their journey, except, perhaps, a car hood, flew off the wheel – it was never found. Maybe he’s still lying somewhere in the wilderness of Utah, or maybe he’s on display in a museum on a parallel Earth.