The negotiations of pilots who saw UFOs were published 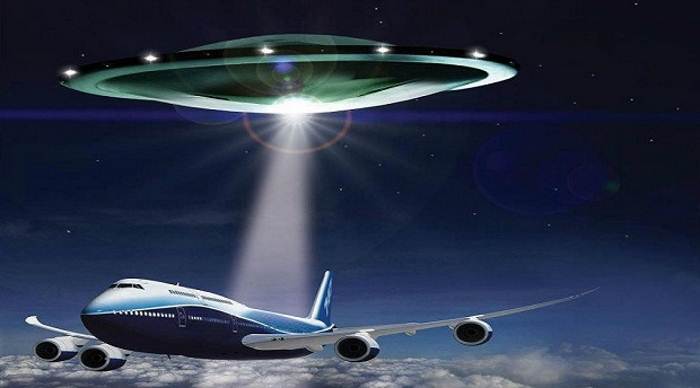 The officially confirmed fragments of the radio communication of two civil aircraft with the radar of the Albuquerque Air Traffic Control Center clearly illustrate the passage of a highly luminous or reflecting light of an unknown flying object over civilian vessels in February. Although the attempts to explain the incident are abundant, the incident remains unclear.

The fragments of the radio conversations were recorded on February 24, 2018, and they confirm the content of the negotiations between the Civil Aviation Control Service in Albuquerque with two civilian sides: Learjet 36 (N71PG) of Phoenix Air and flight 1095 (Airbus A321) of American Airlines.

It all started with the request of the Learjet crew around 3:30 pm local time, when the pilots wondered at the Albuquerque Air Traffic Control Center with surprise, whether the ground station registers traffic in the air that occurs just before their plane. At this point, the Learjet itself was at an altitude of about 37,000 feet (approximately 11,280 meters) between the Sonoran Desert State Reserve and the border with the state of New Mexico.

The answer from Albuquerque was received negative – the radar did not reflect what the pilots saw before them. And one pilot called this object “UFO”, and the second interjection supported this definition.

Overlayed routes Learjet and Airbus during the observation of the object. Literally a few minutes later the dispatcher Albuquerque contacted the pilots of Flight 1095 American-Airlines, flying along the same corridor as Learjet, but with a slight lag. The dispatcher asked the pilots of the “Airbus” for the next 15 miles “to pay attention to something that could fly over their plane.” The pilot confirmed receipt of the information, after which the dispatcher briefly explained the situation that had arisen. “Let us just know if you see something.”

Soon the pilot Learjet wedged into the Albuquerque negotiations and the “airbus” and said: “I do not know what it was. It was not an airplane, but it was flying in the direction we were facing. ” In less than a minute the pilot of the “airbus” re-engaged and said: “Yes, something flew right above us, something like … No, I have no idea what it was, but it flew at least two or three thousand feet above us. Yes, he flew just above us. ” The dispatcher Albuquerque, without comment, confirmed the reception of the information of the pilots, then asked whether the object was flying or just hovering in the sky. “I could not determine if it was a balloon or not, but it either shone itself, the lito reflected very strongly the light. He was several thousand feet above us and flew in the opposite direction. ” And this information was also accepted by the dispatcher on the ground without comment.

Further on, the voice of another pilot was heard, who asked if it could be a “Google balloon”, to which the American-Airlines pilot replied that “this is more unlikely”, and another voice added: “UFO”.

In fact, the version of the air probe or similar research facility can not be excluded completely, the expert of TheWarzone writes, since all this happened in the region actively used by the military in its own purposes. In the east, it houses the White Sands Military Base Missil Range and the Holloman Air Force Base Base. In the south, the city of Tucson is located with two major aviation facilities: the Davis-Monten Air Base and the Tucson International Airport. In the north, there is Phoenix with the Luke airbase there, where the training units for the F-35 and F-16 pilots are stationed. In the west, the naval infantry of Yuma is deployed with numerous functional units. In addition, a little south of the site of the facility is Fort Huachuk, where many units of unmanned drones are deployed.

But at the end of the article the author writes that despite such circumstances and surroundings, which the crews and dispatchers were well aware of, direct witnesses at Learjet and Airbus do not believe that this could be an explanation for what they saw, remaining on the position that it was a UFO . But the answer to the portal’s request to the military department, journalists, despite the US Freedom of Information Act, have not received.