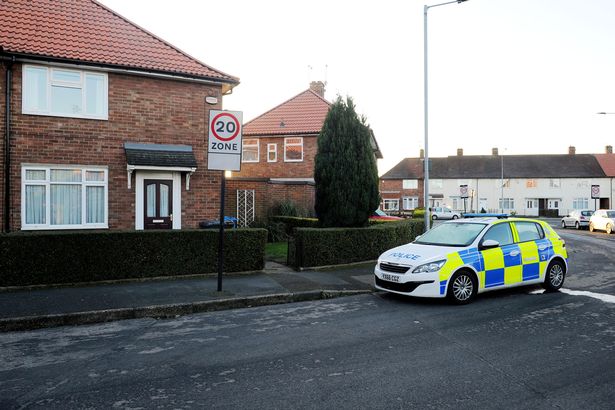 On December 27, 2017, the police received a call that a man, embroiled in flames, was on fire in the middle of Tanet Road in Hull. Emergency services were immediately sent to the scene, but they arrived too late. The man died on the spot at about 8:00 GMT.

The police confirmed that the whole body of the man was covered with terrible burns. So far it has not been possible to establish the identity of the victim or the cause of the inflammation. Physicians said that the exact cause of death will be able to be called only after the autopsy.

The chief investigator in the case of Dave Wood of the Humberside police said:

“We arrived at the scene at about 8 pm after a report that a man was on fire in the street.” The ambulance and firefighters were already there, they provided the victim with all possible assistance, but the victim was not rescued. but the investigation continues.

We are trying to find out the circumstances of the case, so we ask everyone who owns any information to contact the police at number 101. We want to establish as soon as possible what happened to this person and punish the guilty. ”

It is reported that the road was closed for three hours after the incident, and the police patrolled the area for security reasons.

32-year-old Daniel Lingwood sat at home and suddenly, when he glanced at the window, he saw something burning on the street. The man thought that his wagon caught fire and jumped out into the street, but to his horror he saw a man completely enveloped in flames.

He rushed to his aid, then other residents of the street ran up, who were in a panic and tried to help the fire. One woman poured a bucket of water on him, and Ligwood and another man began to roll burning on the ground to bring down the flames. Then they called an ambulance and wrapped the victim so that he did not freeze.

“His face still stands before my eyes,” says Lingwood, who was shocked by the story. “I could not go to work that day, and I’m still thinking about what happened.”

The previous mysterious case of a person’s self-ignition in the UK occurred on September 17, 2017 in London. The picture of what happened was almost the same as in Hull. Passersby suddenly saw on the street a flame in a man. The victim was immediately sent to the hospital by helicopter, but he quickly died of terrible burns. The cause of the fire of a male police officers still could not determine.