The object is twice as large as Jupiter goes to Earth 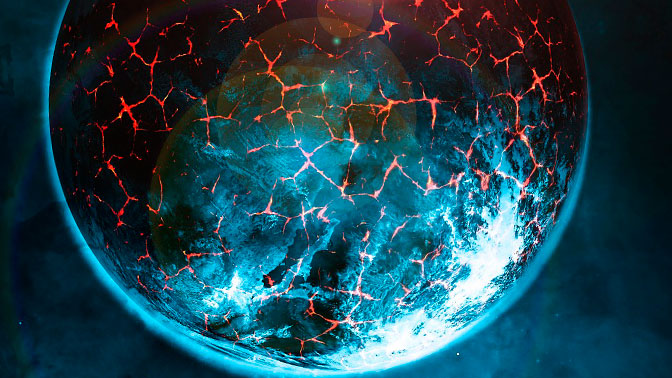 Various sources say that a huge object approaching the Earth approaches, the size of which is two more than that of Jupiter and it is already visible in amateur telescopes, shining in the cosmos with green light.

Amateur astronomers confirm the observation of an unidentified object and in their opinion it is some unknown comet. The astronomer Michael Jager observed this object in his telescope and he believes that the atmosphere of the comet is 260000 km in diameter, which is almost twice as large as the planet Jupiter.

“These incredible sizes make this object a relatively easy target for home telescopes,” he says.

But ufologists in the west believe that this is all much worse. Tyler Glockner, suggested that this can not be a comet, since it does not have a tail. He also added that two objects are visible in the center of the object, and not one.

Ufologists say that this object can be the most mysterious and mythical planet of Nibiru. However, it was considered mythical before, when all scientists categorically denied its existence and claimed that this planet exists only in the myths and legends of the ancient Sumerians, but not in reality.

But most recently everything suddenly changed and at first several scientists announced that. that in the solar system there is another planet unknown before that travels in a very elongated orbit and approaches the Earth only once in 4500 years, and then all official science has recognized the probability of the existence of this planet and was given the name of the planet-9.

Ufologists also called Nibiru planet 10, where does this difference in names? The fact is that astronomers have deprived the title of the planet Pluto and as a result of this procedure from the planet 10, an unknown planet became a planet 9. It would seem a trifle, but think how simply the scientific world could avoid exposing what the UFOologists and unrecognized historians have been repeating for decades. In the minds of people, the interconnection of Nibiru – the Tenth Plan, took root. It was only necessary to make it the Ninth and this interconnection in the mass consciousness of ordinary people was lost.

Ufologists say that Nibiru already has an impact on the planets of the solar system that are encountered on its way and even being far from the Earth it already has an impact on it. Hence, the sharp climate change, the increase in the number of natural disasters and if we insert into this chain of abrupt changes on our planet the missing fragment – the influence of a huge cosmic body and its attraction, then all these changes on Earth become quite understandable.

Ufologists have gone even further and are already making assumptions about that. that Nibiru will approach Earth in August of this year or a little later, but this meeting will be for our planet and ourselves – catastrophic.

Scientists, in turn, do not yet confirm such a probability of the development of events. They do not deny that there is an “extra” planet in the solar system, which at some point will be very close to the Sun and our blue planet, but when this happens no one knows.

I can tell you only one thing, when you see with your own eyes in the night sky a red or green planet whose dimensions will be such that you can see it with the naked eye, meaning ufologists were right …