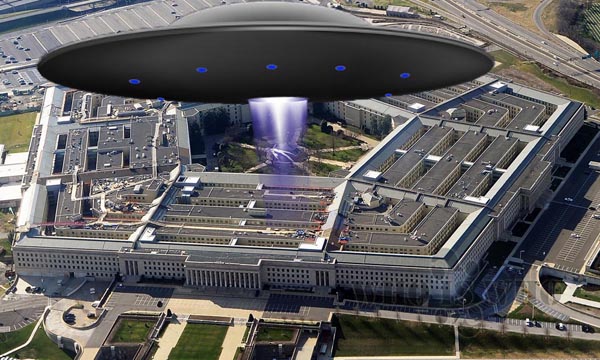 On December 16, the Pentagon officially recognized the existence of the AATIP program, whose mission was to collect and process data relating, in particular, to contacts with unidentified flying objects, or UFOs. There are also several video observations behind them.

The existence of the AATIP program was announced by Pentagon spokesman Tom Crosson. The tasks of the Advanced Aviation Threat Identification Program included the collection, processing of studies of “abnormal aerospace threats”. Under this designation, the US military understands both manned and unmanned aerial vehicles of possible adversaries, as well as hypothetical contacts with representatives of extraterrestrial intelligence. According to Croson, the AATIP program was launched in 2007, and finished financing in 2012. In total, $ 22 million was spent, after which the Pentagon decided to reorient funds to other important projects.

A significant result of the work of public and political figures was the unveiling of two of the three video surveillance of unidentified flying objects.

The first video was called GIMBAL. This is a 34-second archival recording of UFO sightings from the cockpit of the F / A-18 Super Hornet. Behind the mysterious object were watched with the help of a Raytheon AN / ASQ-228 ATFLIR hanging container – an infrared front-view system. Based on the obtained data, it can be assumed that the object is substantially hotter than the surrounding air. It does not have wings or any other features specific to reconnaissance aircraft. At the same time, it is capable of almost instantaneous acceleration to very high speeds. It is noteworthy that in the ordinary optical spectrum the object is seen poorly.

One of the heroes of the second video, called FLIR1, also became the deck F / A-18 Super Hornet. He watched the mysterious object, which previously recorded the cruiser Princeton. When approaching it turned out that it was a “large whitish object oval shape”, which is approximately 12 meters in length and hangs above the water at an altitude of about 15 meters. At the same time, the object “jumped” from one place to another, and the water under it literally began to boil. When approaching the object, he himself began to move toward the aircraft, then disappeared. According to the pilot of the Hornet, the UFO did not have nozzles, wings or a propeller. It could overtake the fighter without much difficulty.

Experts believe that the possibility of falsifying records is minimal. Probably, independent experts have only to carefully study the received materials.