The phenomenon of Bouncing about of the sun above the cloud 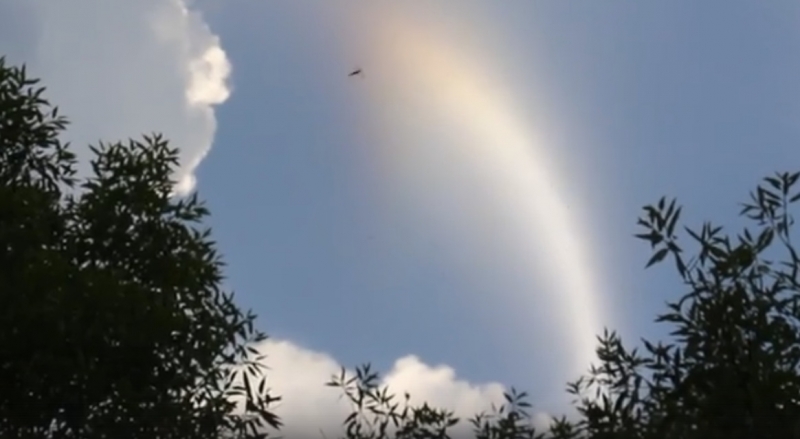 In the last few years in the Internet appeared the video, which captures an unusual, almost unknown phenomenon: the rapid change of the light spots above the clouds. After research and reflection, there was a hypothesis about why that phenomenon occurs.

In General, it says the following: lightning, beating in the storm clouds, can change the electric field above the cloud, in the place where they are reflecting sunlight, the ice crystals. Changed field very quickly preoriented location of ice crystals in space, and they begin to reflect light differently.

In other words, lightning discharges could force about the sun to jump. Soon the electric field returns to its previous configuration, resulting in ice crystals in the same position. To help scientists in the study of this phenomenon, enthusiasts around the world making a video about Bouncing and dancing about the sun and share them with each other.

3 July 2016 Aline Kabaevoy in Zvenigorod, Moscow region, was lucky enough to capture this phenomenon. It seems that this is the most impressive and high-quality video, which is at the moment!