The phenomenon of “ghost fires” 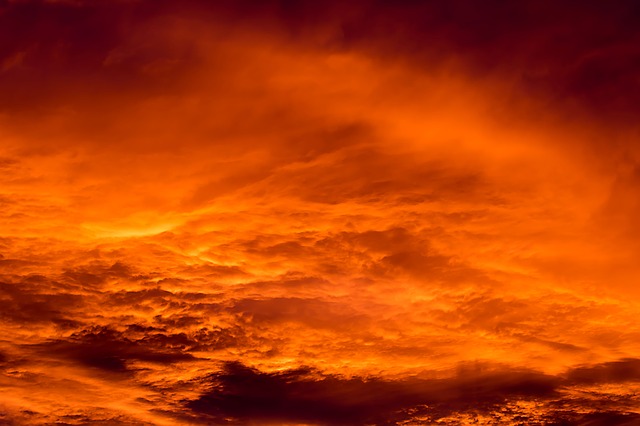 The fire is known to be a devastating and tragic phenomenon, resulting in casualties and destruction. So, probably, everyone is remembered by the fires of the arid summer of 2010 in Russia. But sometimes nature presents strange surprises: a fire seems to be burning in the heavens, and even on the ground, but it does not bring any destruction. We are talking about mysterious optical phenomena.

The settlement of Aklavik in the northwest of Canada has a few thousand inhabitants, mostly Indians and Inuit Inuit. It has a saloon, a hotel, a couple of pharmacies with bars and a fire department with an amateur orchestra. Aklavik is located behind the Arctic Circle and consists almost entirely of plywood panel prefabricated houses, which has often caused devastating fires.

On the night of 13 to 14 March 1989, the duty fireman Jim Hank, as usual, read the day before yesterday’s “Toronto Post” and from the corner of his eye watched the usual dance of flashes of the northern lights. Fascinated by the study of the Stanley Cup hockey table, he was surprised to notice that the newspaper sheet suddenly acquired some strange reddish tinge.

Hank looked up at the sky and froze, startled by an unprecedented spectacle. Usually blue-green with a yellowish shade of auroral flashes, covering the north-eastern part of the sky, acquired an ominous purple hue. The impression was that from the depths of space to the ground rushed the stockade of cyclopean red fireballs, and towards them, from behind the nearest hills, a monstrous glow of a great fire broke out.

Recovering himself, Hank rushed to ring the fire bell, and soon all the army of the Aklavik fire fighters rushed to the outskirts of the village on three converted pick-up trucks. Rushing past the last buildings, the detachment rose to the nearest hill, and the firemen froze in front of a fantastic and majestic spectacle.

Far above the earth, the canopy of rich red color was rolled into colossal columns. They were intersected by iridescent arcs with light needles, which somehow resembled the glow of a giant fire. Thus, over the northern regions of Canada, the largest ionospheric storm of the past century, generated by plasma ejections from the Sun, manifested itself.

The pursuit of glow

And such ground false fires occur not only in the circumpolar and polar regions, but also in the temperate, and even in Central Asia. They are called “red haze”, then “crimson fog”, then “wall of ghostly fire.”

In the evening of March 2, 1984, Estonian firefighters encountered a similar phenomenon in the Rapla settlement area. That night it was burning so that people in the whole area could see the fire. As it turned out later, two extreme points, from which a purple glow was visible, separated 60 kilometers.

The first call to the firefighters was made at 20:36. Someone exclaimed excitedly that a farm was burning in Kekhtna. At 20:48 the phone in the control room again rang, and the same man apologized:

– An error has occurred. I do not know what I have with my eyes, how I could have felt it! But the Hermi farmhouse obviously does not burn and it does not burn. The fire is somewhere further away, only the glow is very large.

By that time five fire engines had already ransacked the area. For the glow they chased back and forth, to the very borders of the district, but all is in vain. Surprisingly, there was no smoke anywhere!

This fire would have remained a blank spot in dispatching magazines, had it not been for the fire truck that had left the Michurin sovkhoz. The sun that day went at 18:52, and the Moon was due to appear at 21:32. The weather was fine, when suddenly Dizzy’s grandmother’s house flashed in the gradually gathering darkness.

Eyewitnesses said that there was a feeling that a solid flame escapes from windows and closes over a roof. And all this in complete silence and in the absence of smoke!

The fire-fighters’ car approached the house, but, instead of jumping to the ground, the fire crew remained in the cockpit in perplexity. There was no fire! The house was a good place.

One of the firemen walked around it and found no signs of burning. On the highway a siren roared the other fire engine, which called for the help of its comrades, – the neighboring houses were “burning”. The pursuit of the ghostly fire continued.

Firefighters returned home, excitedly discussing what they saw: what was it all the same? All of them served in the army, had a lot of life experience and tried to compare what they saw with something familiar, but found no analogues. 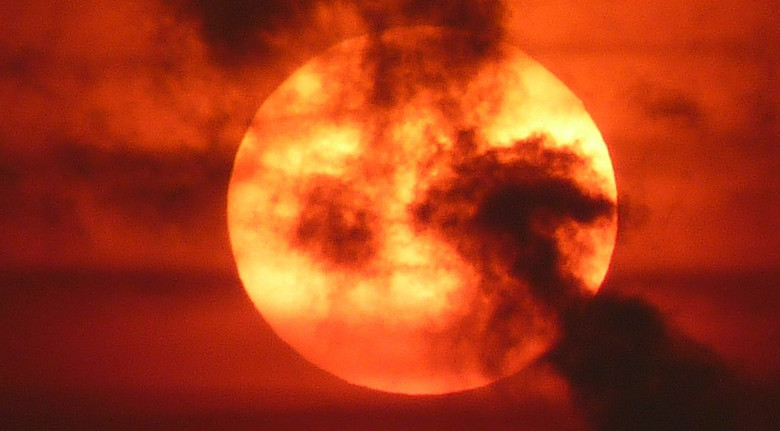 The girl and the camel

Resident of St. Petersburg N.Kh. Langovoy as a child happened in the most direct sense to run from the wall of ghostly fire. Everything happened in Kazakhstan when she was 14 years old. The girl’s father worked as a truck driver and often brought her to relatives and friends, and he went on business. At that time he left his daughter with his grandmother in Bazar-Tube (now Bazarsholan).

On that memorable morning there was a beautiful windless weather, the sun was baking. Granddaughter and grandmother worked at the melon plant. The girl straightened herself to catch her breath, and saw something like a cloud somewhere far away from the horizon. He and his grandmother were glad that in the evening, it might be a rain, and they continued their work.

And after some 15-20 minutes the fiery veil that covered everything around came very close. It stretched to the right, left and up as far as the eye could see and quickly approached. Grandmother shouted that her granddaughter would run to the village, which was about four kilometers from them. The very old lady stayed on the melon-she did not have to run.

The girl rushed that she was strong. Several times she looked around and saw the wall of fire approaching. This, in the end, happened. The running woman felt that she was surrounded by orange haze, and then someone heard the sound of footsteps and someone’s panting wheezed from her ear.

The girl, still running, did not even look back. Already near the village wall of ghostly fire overtook it, overtook and rushed further. And next to her ran, like a stunned, terrified camel.

In the village the same commotion began. Even the ancient old people never saw such a phenomenon. In the evening my father came and told me that he also met with a veil of fire. She did not do any harm to the car, although there was a barrel of gasoline in the back of the car.

With a similar phenomenon, a Novosibirsk engineer, Vadim Fedoseyev, once collided. In the summer of 1980, together with Novosibirsk and Tomsk physicists, he went to a distant taiga expedition.

A group of 11 scientists headed by Fedoseyev was preparing to study the area of ​​the fall of the famous Tunguska meteorite and to check people for compatibility first went to the north, to some lake or even a swamp, which often had different devilry. The equipment was picked up in the most careful way. They took with them radios, dosimeter, photo and cinematographic equipment.

On the third day of the journey, the scientists approached a ridge of low hills and decided to rest on a well-blown and almost treeless peak of one of them. And when Fedoseyev and his colleagues climbed up to her, they saw on the other side of the hill something incredible: the whole space in the northern part of the horizon was filled with boiling fire lava.

From the fiery sea bursts of flame, similar to prominences, and, worst of all, all this boundless mass rushed up to the camp of researchers.

Probably, on that evening, physicists broke all records of the speed of running across rough terrain. Having run away to a safe distance, they came to themselves about an hour and exchanged the most fantastic assumptions.
However, nothing happened, and then Fedoseev and two of his comrades set out on reconnaissance. To the top they approached like novice paratroopers to the edge of the tower.

Having reached it, people were amazed no less than the first time: the fiery lava, flooding all visible space to the horizon, disappeared! Below, behind the trees, a small cozy lake gleamed, slightly shaded with an evening mist, and further, up to the horizon, stretched an endless taiga.