The phenomenon of “voices in the head” 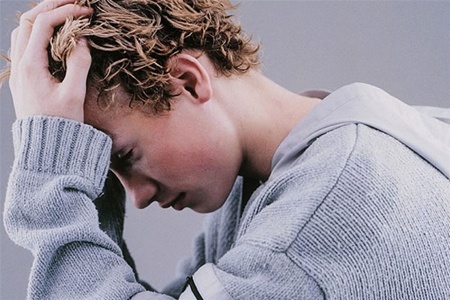 In the mid-sixties, the American magazine “Newsweek” has placed on its pages interesting information. Since 1960, one woman became permanently disturb a strange noise that nobody else heard. One of the researchers at the University of California Clarence Whiskey became interested in an unusual case.

First, he carefully examined the house and found scattered electromagnetic field formed by the electric wires. Then the researcher recorded these inaudible signals on a tape, and gave her to listen to the woman. It turned out that she really heard them, while for the other inhabitants of the house, they remained elusive.

K. Whiskey for greater credibility conducted a number of experiments. He sent radio signals in the house where lived a woman and nothing about them were not reported. After that, the US citizen have complained about the noise. According to the magazine, at a conference of experts on biological and medical equipment in Los Angeles the researchers came to the conclusion that the woman might “hear” of the AC field.

Later research conducted by American scientists have confirmed the fact that the person is able to perceive the audio message carried by radio waves. In the zone of radiation of the subjects thought that the sound source is located either in the brain or directly behind the head. When moving participants within the action of radio waves of their feelings did not change. They are not depended on which side was turned the man’s head. The sound disappeared only when the temporal region of the subject has been closed by the screen.

Curiously, even the noise to 90 decibels (a roar creates a cargo vehicle at a distance of 7 metres from it) not to dampen radiospy. It was found that if the person placed in the isolation chamber, which does not penetrate the noise from external sources, the sensitivity to perception of radiospace it becomes comparable with the sensitivity of a good receiver. However, 90 percent of the energy of radio waves are absorbed while in the tissues of the skull.

Scientists suggest that the centres of perception of radio-frequency “sounds” located in the cochlea of the ear and the cerebral cortex. Probably, there are people having an increased ability to perceive radiospy.

When in the mind of people start to sound different voices, doctors have traditionally considered them crazy, but as it turned out, this view is not always correct. 30 years to one American psychiatrist turned employee. She claimed that suddenly began to hear the “head” of different voices and music. The doctor quickly realized that his patient “hears” the transmission of a local radio station. It turned out, all the trouble she started after visiting a dentist.

He sealed the woman the tooth cement of a special composition. It contained a small admixture of carborundum. The crystals of this substance is a typical semiconductor with a tooth created a crystal radio set. The detector was the carborundum crystal, transforming radio waves into sound vibrations. The latter was perceived by nerve endings of the tooth and transmitted to the auditory center of the brain.

And in 1999, the canadian newspaper “Toronto star” reported even more awesome information. Researchers from the University of Toronto found that 5 percent of people who suddenly begin to hear the “inner voice”, absolutely healthy. Such people, as it turned out, had not visited the dentist their fillings and crowns are deformed and become able to receive signals from nearby radio stations. Hence the head of the research group Gender, brand concluded, these people need a dentist, not a psychiatrist.

In December 1999, for psychological assistance, a student of K. one of the universities. He complained of fatigue, frequent headaches by the end of training, increased irritability.

More importantly, though, after suffering psychological stress, he suddenly began to hear the “inside the head” voice. He appeared at a fixed time (12 and 16 hours), lasted about 15-20 minutes. Usually “inner voice” gave advice that K. should eat for lunch or dinner, what time to be spent on preparation for class, etc.

The first thing that came to mind – a young person auditory hallucinations. He very tactfully explained that the assistance will be able to provide probably only a narrow specialist, but the student refused the advice of a psychiatrist. “Still think I’m a freak” – he said. And stubbornly continued to insist that clearly hears “the voice”: “in a few minutes you will be able to see it for yourself”. The clock was 15 hours and 55 minutes.

Exactly at 16.00 K. said: “came the Voice”. Pressing her ear to ear student psychologist clearly heard a male baritone. Unknown encouraged the student to dinner today, only fermented milk products?! Astonishment knew no bounds, because such phenomena have never before had to face.

After 18 minutes the voice in my head that the student is missing. Only now you can realize that to psychiatry, the case has no relation. By the way, was later rejected the assumption that K. might, hears the transmission of a local radio station. First, he is before the appearance of the phenomenon to the dentist is not addressed. Second, using the receiver “Spidola” discover “the station” which was passed on that nonsense, heard the student, failed.

K. it was recommended to take a course in the techniques of autogenic training with application of biofeedback. And began to look for an experienced specialist on anomalous phenomena that could shed light on the nature of the phenomenon, but after a week and a half he was no longer needed. During the course of autogenic training “the voice” in the head K. suddenly disappeared and was not renewed.