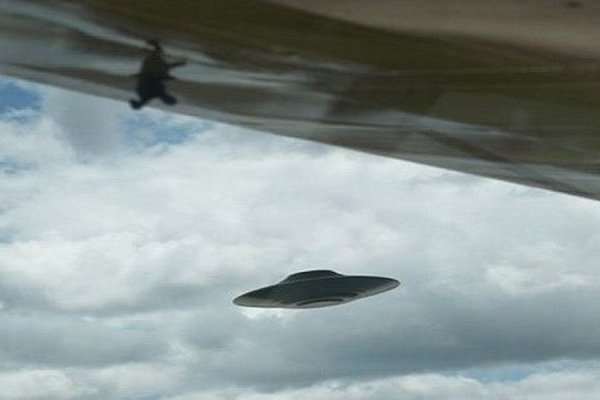 Two pilots reported to the National UFO Center (NUFORC) on the meeting with the UFO that took place 26 th December 2016. The plane was flying over the coast near Atlantic City, New Jersey, when the pilots saw an unidentified flying object, which they were watching for 10 minutes, and even tried to enter into contact with it using sidelights.

The plane was flying from New York to Miami, the weather was clear and the visibility was good. Meeting with the UFO took place at 21:30 at 180 km east of Atlantic City. UFO was 5 times more than the brightest star, which they saw, and was moving at an angle of 35 degrees to the horizontal.
“First, the UFO was moving northward and then quickly turned south. It periodically flashed red and orange. Several times we turned on our sidelights and I even thought that the UFO answered our signals», says the pilot.

“We would like to inform the dispatcher about UFOs, but decided not to do so, because it is not good for a pilot’s career. We have no idea what we’ve seen, “- say the pilots.