The pursuit of UFOs in the sky over Oregon, USA 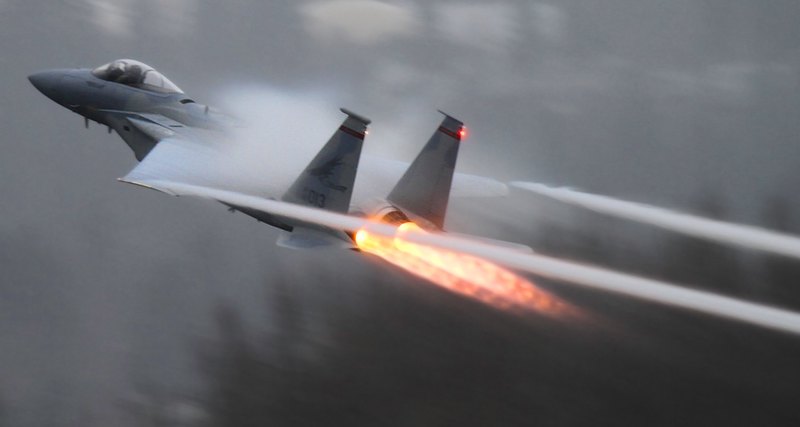 Something strange happened in the sky over Oregon: in broad daylight, an unidentified aircraft sped along the state from south to north through a dense stream of passenger airliners, and when the military picked up the F-15C fighters for its interception, the mysterious apparatus disappeared into an unknown direction.

As it became known, the incident occurred on October 25. At 16:30 near the border of California and Oregon, pilots of numerous passenger airliners recorded a UFO, which was in the sky at an altitude of about 10 kilometers and traveled at a speed of about 700 km / h in the direction to the north. The fact that the unidentified flying object appeared in the sky over Oregon (literally) was also confirmed by the Federal Aviation Administration, the US Air Force and the Command of the Air and Space Defense of North America.

UFO did not publish any radio signals and did not respond to the requests of air traffic controllers. There were no transponders on it, for which it could somehow be identified. Visual observation lasted about half an hour, but none of the pilots could not come closer to the apparatus closer than 20 kilometers. The type of aircraft could not be determined either – the pilots who saw it could tell only that it was white.

To intercept a mysterious aircraft, the military raised several F-15C fighters from Portland by alarm, but they could not catch up with him. UFO at high speed sharply deviated from the course and disappeared from the field of view, leaving the Americans only a lot of questions. What kind of an unidentified flying object was it and to whom did it belong? A UFO who managed to cross the entire state from south to north through traffic from civilian aircraft is not an ordinary case.

The mysterious object had extremely uncommon characteristics, which allowed it to slip away from the F-15C fighters. US citizens are extremely frightened by this incident, as it showed that a UFO penetrated into the US territory and disappeared from all detection systems without any consequences.