The Rover photographed the Martian rat 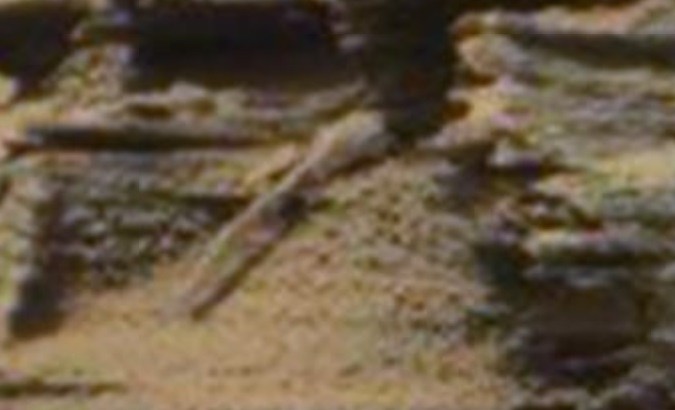 In the pictures from Mars sent by the Mars Rover and published by NASA, revealed a strange creature, like a rat with a long tail, which crawls into a cave high on the rocky slope.

The creature looks like an animal with a long body with tucked under his rear, which ends with very long and thin tail.