The secret of the “Baltic UFO” 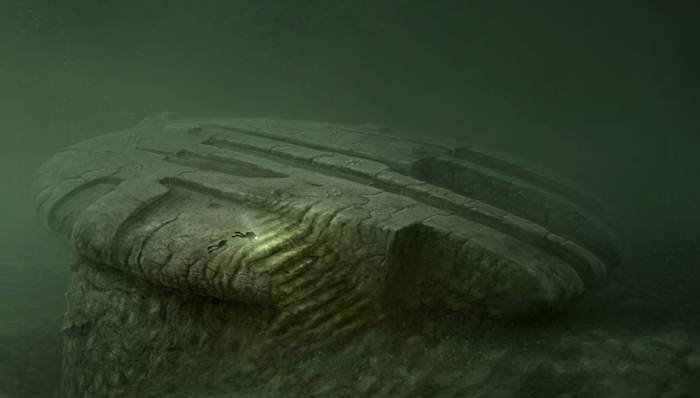 Scientists and oceanographers do not give rest to the mystery of the mysterious object, discovered in the depths of the sea about five years ago. He has already become famous as the “Baltic UFO”. It continues to be investigated.

When at the bottom of the Baltic Sea, at a depth of 87 meters, a strange object of an ideally round shape with a diameter of about 60 meters was discovered with the help of sonars, everyone – from professional historians and archaeologists to ufologists of all stripes – became interested in the discovery. The most incredible assumptions were made that a sunken alien ship or a “flying saucer of fascists” was found.

Opened this “UFO” was a group of Swedish oceanographers led by Peter LINDBERG and Dennis ASBERG. He struck with correct geometric shapes, resembled a ship from space alien films, and some ancient structure like the English Stonehenge. The first shots of the object from a close distance showed that it leaves a dented strip and furrows with a length of about 300 meters, very reminiscent of the track from the emergency landing.

For several years a group of oceanographers was studying an amazing find. Three expeditions with the participation of divers discovered mysterious features, which to this day can not be explained. Among them is the division between the object itself and the seabed on which it lies, a series of corridors with vertical walls on its surface. There are also incomprehensible grooves in the corners, many of which are exactly 90 degrees. An abnormal “radio signal” above the object, very strange deviations of the compass near it, unknown burnt organic materials on the samples obtained for testing, not to mention a significant round hole on the surface leading “in”, and details very reminiscent of the ladder leading to the Upper level platform. According to the members of the research team of the Swedish company “Ocean X Team”, which was studying the find, electronic chronometers, cameras and satellite phones cease to work near the object. “Only when we sailed from the object for 200 meters, they again began to function. As soon as we got closer again, the instruments were switched off again, “the words of one of the participants of the expedition.

Continuing to explore the mysterious object and examining the data obtained from the scanning sonar, some researchers concluded that this could be a top-secret Nazi base on which antisubmarine weapons are installed.

A former Swedish naval officer, Anders AUUTELLUS, suggested that a 200-by-25-foot structure could serve to block the signals of Russian and British submarines moving in the area during the Second World War. This, in his words, can explain the fact that near the “UFO” some technical devices stop working. Team member Stefan HOGEBORN agreed with these arguments: “The facility is located directly on the line of the navigable path. Most likely, this is really a huge structure of concrete. ”

The Nazis, retreating, “burned bridges behind them,” sweeping away not only their crimes, but also the discoveries of scientists. But there are many legends about the experiments that could be conducted by them. A significant part of the secret objects was destroyed, and most of those who engaged in this kind of research have not survived to the present day. Perhaps this installation was one of the last ones that they created, and in the singular, considering that others (or even just similar ones) were not found. A hypothetical Nazi cannery is in some way quite capable of “jamming” radio signals, since it is supposed that signals from submarines have disappeared.

But there is a completely different version. Professor of Geology Volker Bruchhert from Stockholm University believes that the object “… most likely of geological origin” lying on the bottom of the Gulf of Bothnia (between Finland and Sweden). As the expert noted, “the Baltic Sea was formed as a result of the glacier passing through this territory, which later melted and laid the foundation for its formation.”

After studying the samples of rocks collected at the site of the detection of a mysterious object, Bruchert asserts that the samples transferred to him were pieces of ordinary basalt – a volcanic rock. The scientist suggests that basalt was once brought to this place by a glacier, and after the ice melted, it was on the bottom of a new sea. According to the professor, it was the northern part of the Baltic bottom that was influenced by these processes. So, both these rock samples, and the object itself, most likely, were at the bottom as a result of melting glaciers. And the fact that the basalt acquired an unusual shape, due to the fact that “… huge ice massifs contained fragments of rocks. These stones passed with glaciers thousands of kilometers and settled where they found the end of the Ice Age. Often, as a result of these debris formed bizarre formation, even similar to the “flying saucers.”

True, the geologist could not explain why the “rock fragments” also suppress the electronics.

During the following expeditions the scuba divers managed to split the particle from a strange object, on which traces of burned material were found. Studies of this sample were carried out at the Weizmann Institute and the Institute of Archeology at the University of Tel Aviv. In the report, the scientists indicated that they were puzzled when they found materials that, “most likely, can be found in modern construction, or, for example, in a ship accident.”

According to the latest news, appearing in the press and on the Web, American experts have studied the underwater 60-meter object on the bottom of the Baltic Sea. Based on the fact that the sample presented by him, from which the anomaly consists, contains a metal that nature can not produce, came to the conclusion that it has an alien origin and it may well be a UFO. 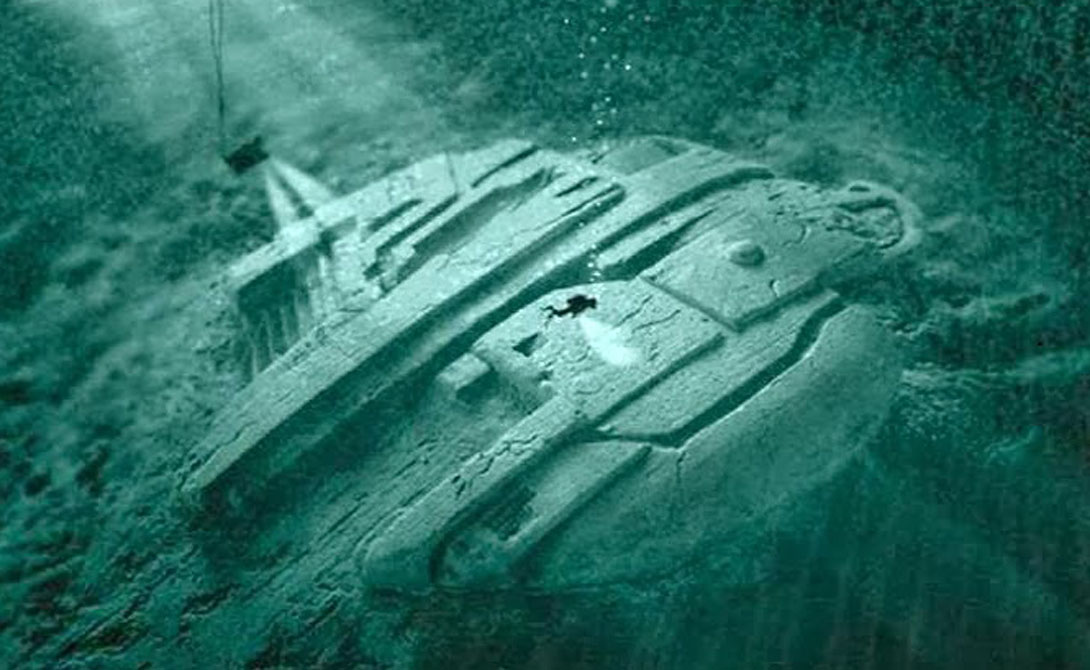 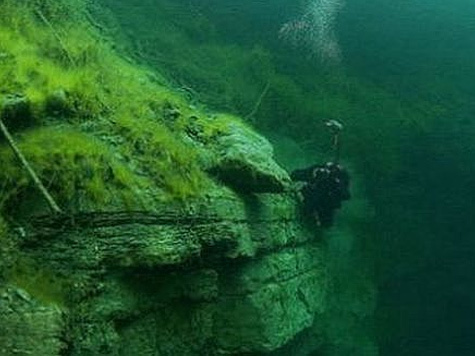 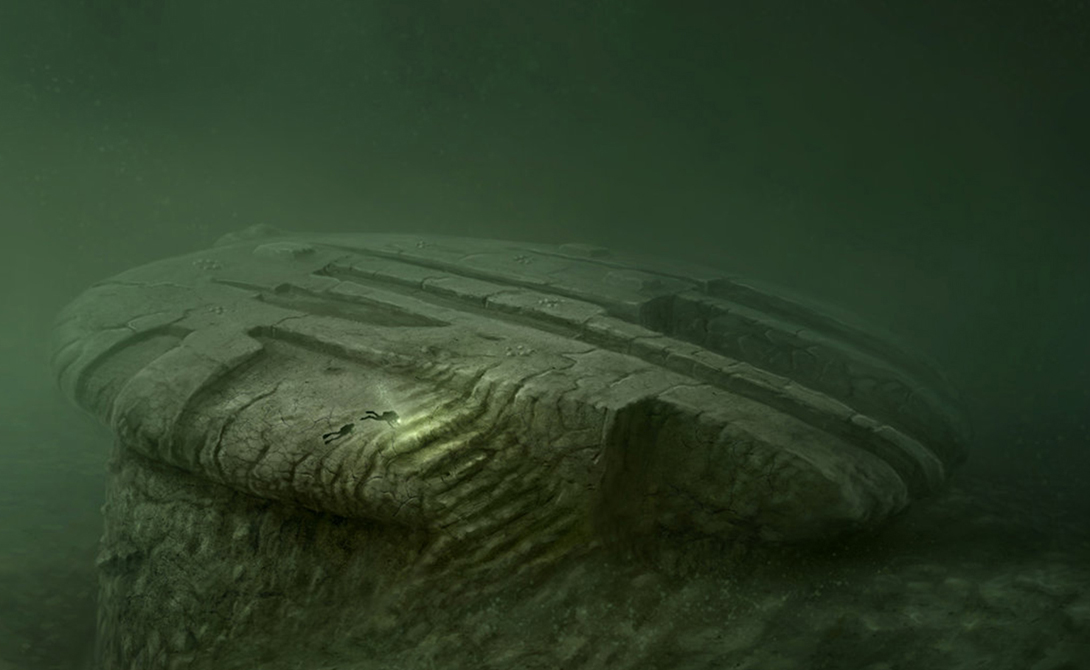 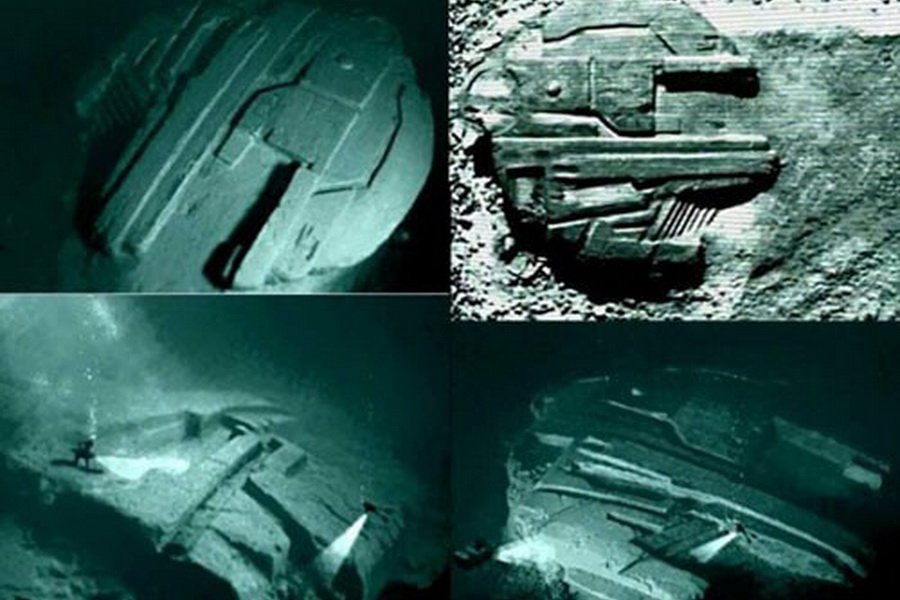 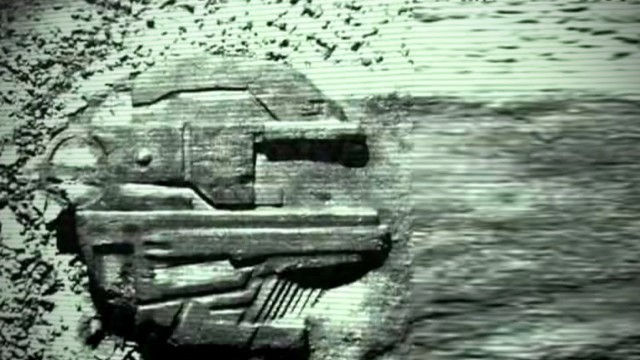 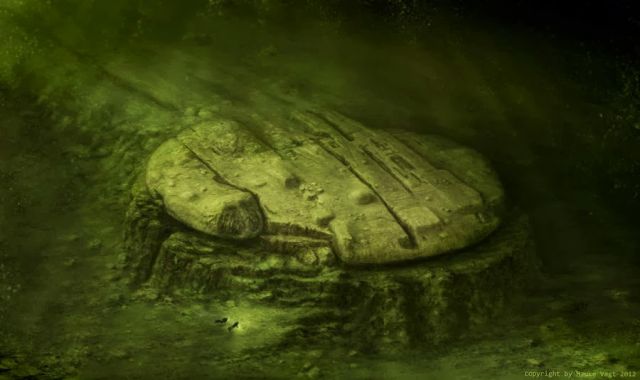 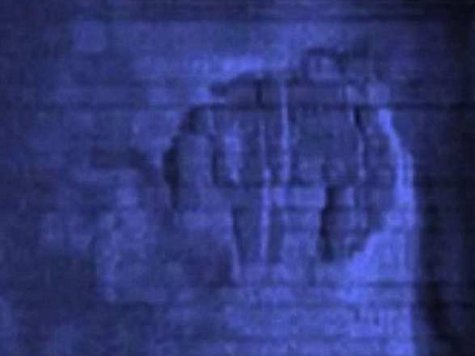 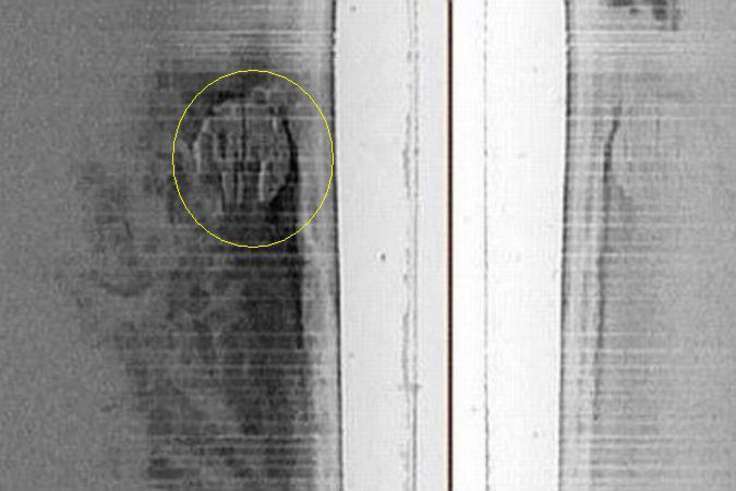 It turned out that mud, which, as the scientists had determined, had fallen into the fissures of the fragments studied was more than ten thousand years old. That is, either the spaceship (if, of course, the found artifact was a ship) crashed into the seabed at such a speed that it lifted the layers of the local surface that had been stored there for centuries, or it has already been there for ten or even fourteen thousand years.

UFO specialist Ryan KASLDAIN generally believes that the object on the bottom of the Baltic Sea is only “… a part of the fleet of alien ships that crashed on Earth.” In his opinion, the crash site contains much more alien wreckage than previously thought, and it is necessary to continue their search.

So, although with the years there is more information about the unidentified object and despite the many versions and studies, the “Baltic anomaly” is still a mystery, its origin is still unknown. What the object is in fact is still not clear.