The Secret of the Bloody Waterfall in Antarctica 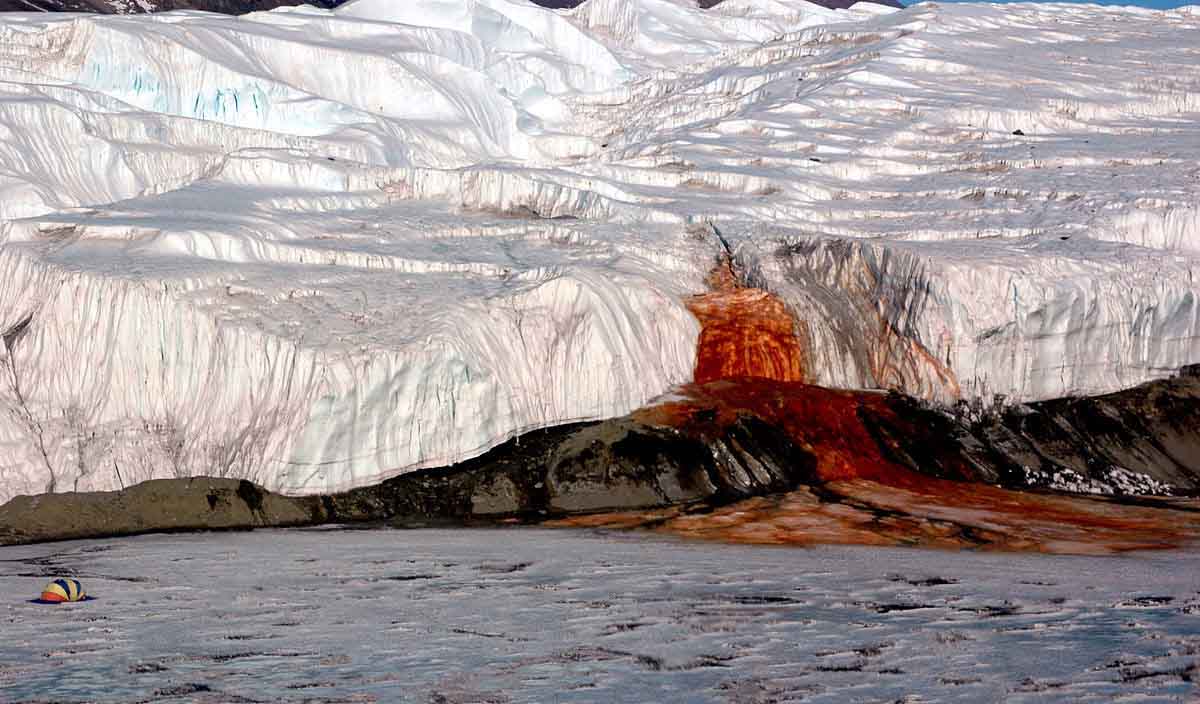 A group of American scientists, using specially designed radars, solved the age-old riddle of the Bloody waterfall in Antarctica. Scientists could not explain the color of water since the opening of the waterfall since 1911.

A bloody waterfall is known for sporadic emissions of iron-rich salt water. Water acquires a pronounced red color when exposed to air. Scientists have investigated the glacier using radio-echo sounding – a special radar method that uses two antennas – one for transmitting electrical impulses, and the other for receiving them.

Christine Carr, a researcher at the University of Alaska, says:

We rearranged the antennas around the glacier to form a “grid” and “look” inside the ice. The bat also uses echolocation to “see” in total darkness.

It turned out that its water can remain liquid in an extremely cold glacier. The water of the Bloody waterfall in Antarctica is clamped at a depth below the glacier and is over one million years old.

Using radar, scientists were able to determine the source of this water. It was also found out that this water can remain liquid in an extremely cold glacier, which was previously considered impossible.

“Despite the fact that it sounds paradoxical, the water gives off heat when it freezes, which melts the surrounding cold ice.The Taylor Glacier is considered to be the coldest one in which liquid water flows,” the authors of the work told.

It is known that rusty color appears from iron oxides, which are the consequence of a unique metabolic cycle.

Analyzing the chemical and isotope composition in the streams of water “Bloody” scientists have proved that this lake, from which it flows, is populated with microorganisms.