The strange phenomenon of the “leaky clouds”

In January 2007, the satellites made the extraordinary leaky clouds over the southern United States. These clouds occur above Ground every year in mid-and high latitudes. 28 Dec 2016 like leaky clouds captured over the Eastern part of China MODIS satellite Terra.

This strange phenomenon is the result of a combination of low temperature, air movement and atmospheric instability. If you look at a leaky cloud from the bottom up, it seems that part of the cloud falls from the sky. As it turned out, actually happens. Middle clouds are formed from liquid droplets at temperatures below 0° degrees Celsius. When through the cloud flies the plane, creates interference that cause freezing. In place drops of water grow ice particles. Eventually the ice crystals in these portions of the cloud become so large that literally falls from the sky. 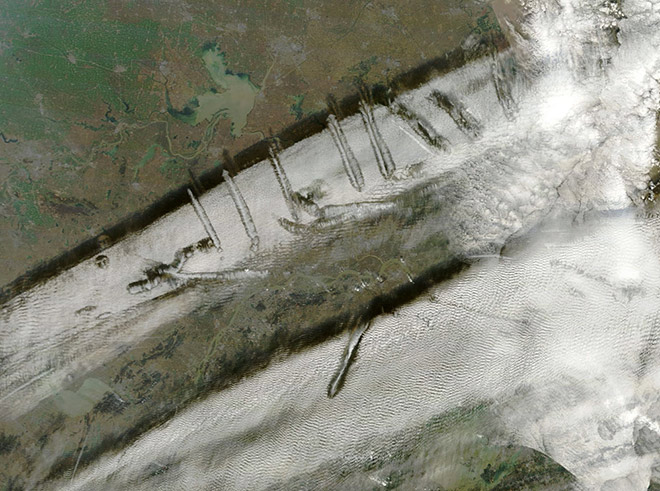 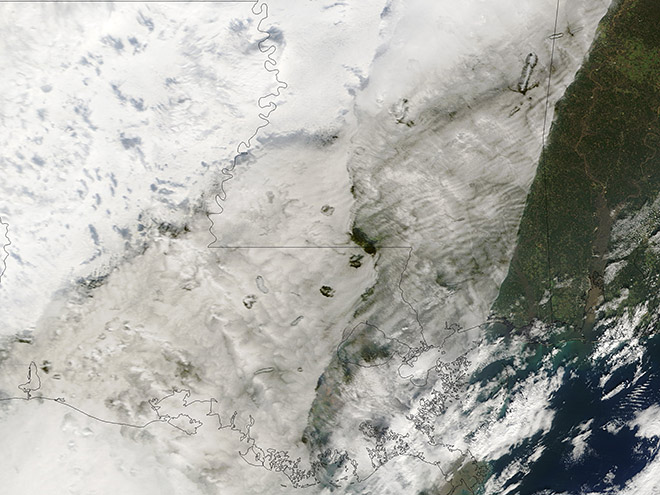 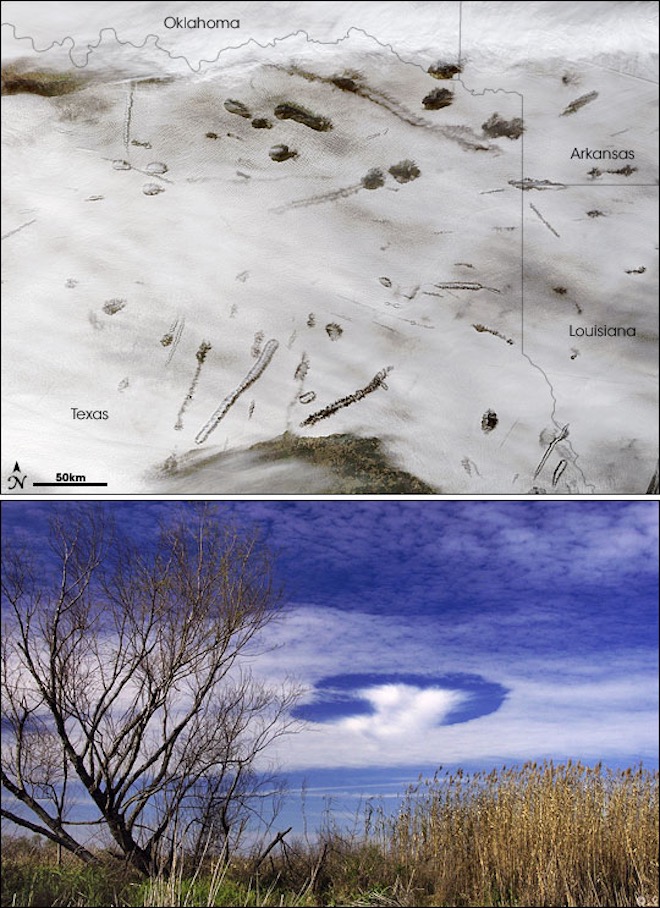 Cloud formations in this picture is more like a hole, and line or long channels. For the creation of both configurations of leaky clouds respond the same processes. Will the emptiness of circular or linear form depends on a number of parameters — density, wind shear and air temperature.

Leaky and channel clouds can appear together, as in the picture, taken in December 2015. They often occur near airports.