The Sun was formed by a giant coronal hole 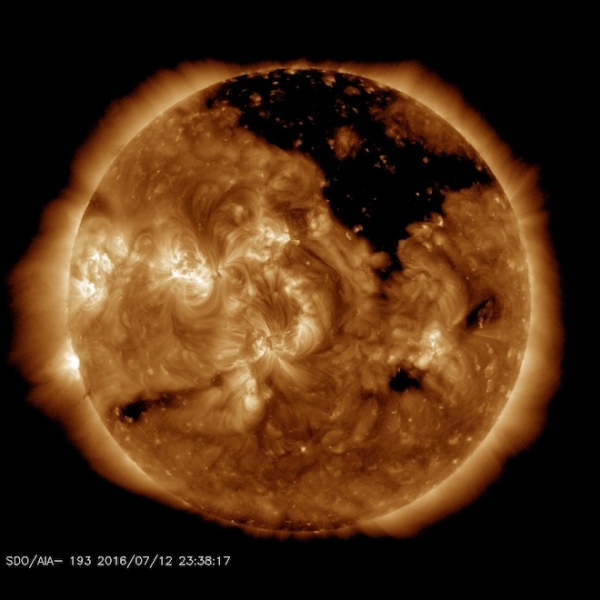 A huge new hole in the Sun, which is a big black spot in the crown, was seen on Monday by the solar dynamics Observatory, NASA. Such coronal holes from time to time appear on the Sun, and this is perfectly normal, despite the awesome view.

Are the animation shows images of a hole obtained by the Observatory.

Reference: Coronal hole is a place in the Sun where its magnetic field opens up into interplanetary space, making hot stuff from the crown faster thrown out. As a result, in these regions remains extremely small hot plasma, so on a very hot and bright environment they look so dark.

According to NASA, coronal holes can take up to a quarter of the Sun’s surface and persist for several weeks or even months.
In General they pose no threat, but sometimes lead to some problems on Earth. Solar winds released by the crown, capable of generating magnetic storms that disrupt the activity of satellite and radio communication systems. On the other hand, they can cause stunning auroras.