The time traveler took the fight Mike Tyson for a smartphone 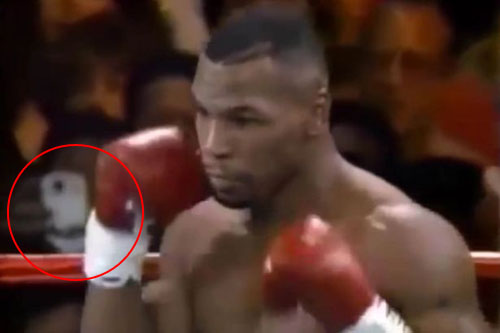 During the fight Mike Tyson in 1995, the shot hit one of the spectators, filming the fight on a device that looks suspiciously like a smartphone, although the first camera phones were released only five years later.

While Tyson is preparing for battle, we can see in the background a man holding in hand something that, in 1995, could not be. People are scratching their heads trying to figure out what is in the hand of an unknown man. Some even suggested that the mysterious stranger is a time traveler returning back in time to watch the match with the favorite boxer.

In any case, no one was able to determine that the device holds the viewer. The 1995 fight between Mike Tyson and Peter McNeely became one of the highest grossing, because Tyson stepped into the ring for the first time in four years.