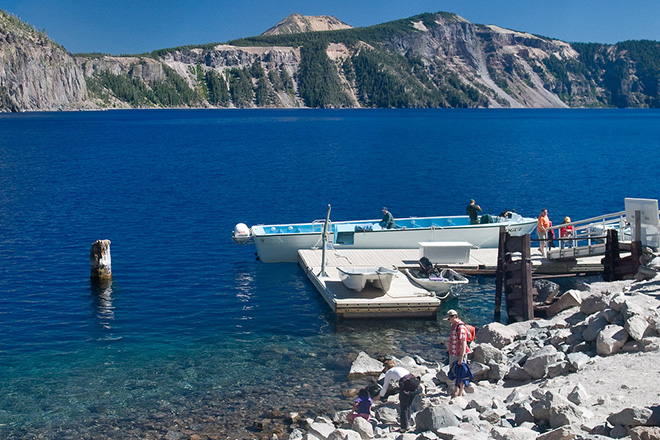 For a hundred years the mysterious trunk of the tree is floating vertically in Lake Creight in Orgegon – and is driving everyone crazy. The log 9 meters long became so famous that it is called the Grandpa of the lake.

For the first time about a tree trunk tsuga reported in 1902, when Lake Creuter became a national park. The geologist Joseph Diller recalled that he saw the log 6 years before. 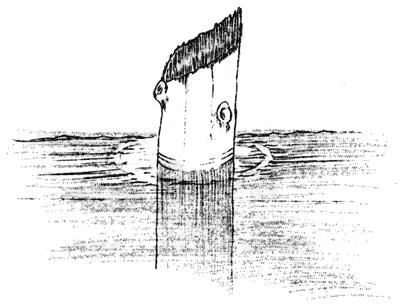 Crushed and burned in the sun, Grandpa, which is 60 cm wide, rises 1.2 meters above the surface of the lake. 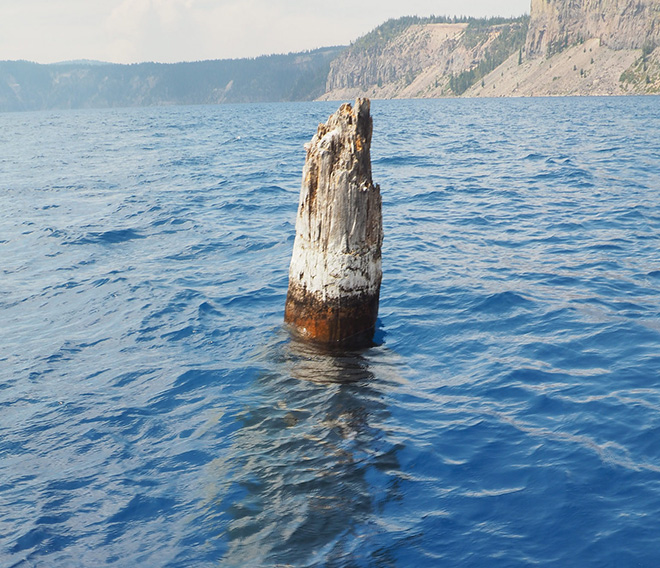 Lake Creight is the ninth deepest lake in the world, with a maximum depth of 594 meters. It is so deep that it would fit the Ostankino TV tower. 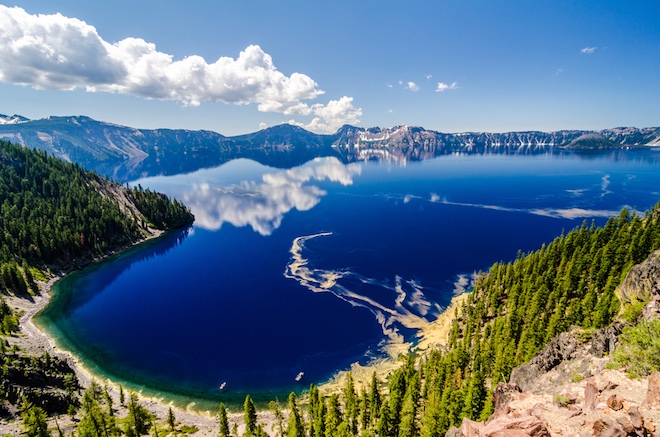 A scanty stump, the age of which scientists estimate at 450 years old, is constantly moving – the tree has floated thousands of kilometers since it was first seen. 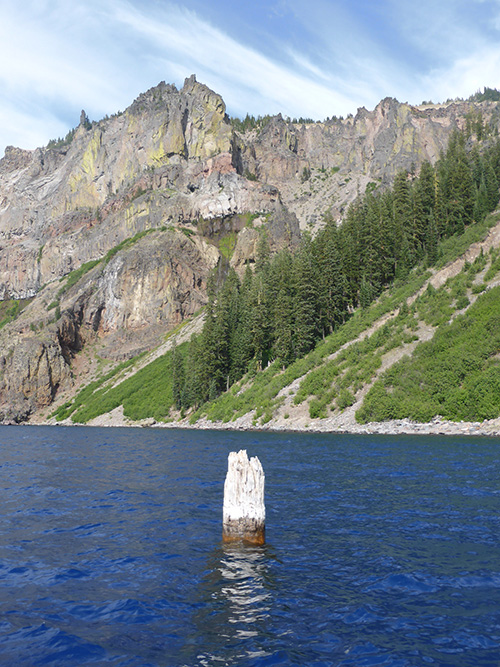 Tourists come to Oregon specifically to see a unique phenomenon. “Grandpa is a character and a story, part of the park,” says biologist Scott Gerdner. – There is something soothing in it. He carries the wind, but does not shake the waves. “