The Valley of Lost Lives 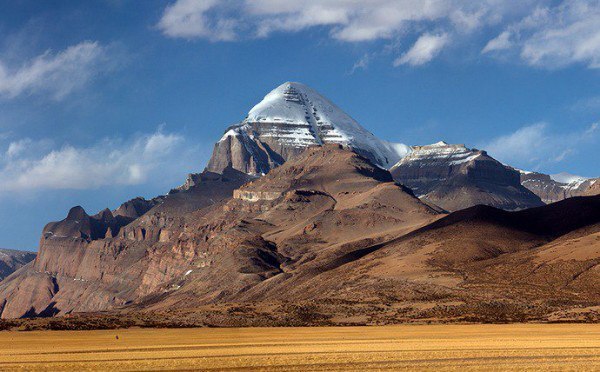 This beautiful corner of nature in France, the old residents gave the name “the place of the eighteen valleys”, but in every possible way avoid appearing where at times inexplicable and tragic events occur. For this reason, the locality is also called the “valley of lost lives”

The valley of Turgwill is surrounded by eleven peaks of the Pyrenees mountains. The middle of it is amazing lake Alet, water in which is unusually transparent and blue. It would seem that this is a tourist paradise, but this place has a bad reputation. Many generations of local residents bypass it, as many people have disappeared here, as if dissolved in the mirror water of Lake Alet.

One of the legends says that these unfortunate people fell prey to certain creatures with wolf bodies and the heads of women. Another legend claims that the sorcerers who lived on the shore of the lake killed people. However, some managed to return home, breaking away from the evil forces. For a few weeks of their absence these people changed a lot: they looked very old and frightened all the stories about their existence there. After a while, all these people lost their minds.

A young geologist or elderly priest?

In September 1998 geologist Paul LeBlanc behind the group and lost his way around Alet. For several days the other members of the expedition were looking for their young comrade, carefully combing the valley of Turgwill. Their search did not lead to anything. To help geologists sent a helicopter, but all was in vain, Paul Leblanc seemed to have sunk into the water.

Two months later, he suddenly appeared in the resort town of Guze-Neige. Being taken to the police station, the man told what had happened to him. Many years ago, Paul worked as a geologist, but then decided to dedicate his life to the service of the church at the call of his heart. Having received the appropriate education, he led the parish in a certain mountain village. There, along with their parishioners, Paul Leblanc prayed fervently that wolves with women’s heads would leave the district forever.

After such statements, many considered the geologist insane. After him came the parents, who took Polya away. According to rumors, after that they sold their house and moved to Belgium. What happened to Paul further is not known.

The Valley of Lost Lives

In June 2008 in the town of Couserans appeared a company of traveling youth. Hearing at the hotel about the curse hanging over the local places, the young people decided in the morning to go to the Turgwill Valley. The hotel manager tried to dissuade them from a dangerous venture, but he was not listened to. The next morning, guys and girls threw things into the trunk and drove into the valley.

In the beginning everything was excellent. Wonderful weather, sun, clear sky … Arriving at the place, young people were delighted: what a delightful beauty! Leaving the car, they ran to the lake to swim. And when they came ashore, it turned out that Joseph Chartier, one of their company, had disappeared. Young people rushed to look for him, then rescuers were called by phone. Joseph, however, no one found.

As in the above-described case, the disappeared after some time appeared: one evening a truck driver found a guy sitting in a complete prostration on the side of the road. Joseph, unlike Leblanc, did not say a word in the first two days. Finally finding the gift of speech, he said that his name was Louis. The young man was asked about where he was recently. He replied that he worked in the village as a cheese-grower. He did not disclose any details, except for the fact that the cheeses were taken from him by men of very bad appearance. Soon, Joseph Chartier was in a psychiatric clinic …

The River of Time

Today, the Turgwill Valley is being studied by researchers in the anomalous zones, but so far they can not explain this phenomenon. Perhaps periodically in the vicinity of Alet opens the door to a parallel world and to penetrate this portal, a person must be at the right time in the right place and at the same time have an altered state of consciousness.

A well-known English expert on anomalies, Jenny Randles believes that it’s about the flow of time. When the “whirlpool of time” man delays very deeply, then he disappears for a long time, if not – he soon “pops up”. Such anomalies are windows in alternative time flows and parallel measurements, where everything can be anything: even the Yeti, the Loch Ness monsters, and the terrible wolves with the heads of beautiful women. Maybe someday people will learn to use such windows for unimpeded access to other worlds without any harm for themselves …