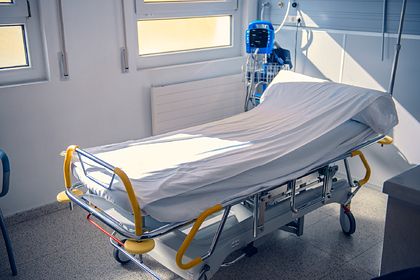 The woman spoke about the sensations during clinical death after a drug overdose. This is reported by the Express edition.

A patient named Francine stated that she took a trip to hell. She wrote about this to the Postmortem Research Foundation after she suffered clinical death.

“I swam above my body and watched them try to revive me. Suddenly I was surrounded by terrible creatures whom I call “dark angels.” They spoke in rhyme: “From light to darkness.” I don’t remember the rest of the rhyme, ”she said. According to Francine, dark entities tore her to pieces until she became nothing.

“We literally flew through the halls of the hospital and onto the roof. Then I ended up in hell and lay on my back. I heard the screams of other souls and their pain. An evil entity interrogated me, and it seemed like an eternity. She wanted to know what I believed in and whom I worshiped, ”the woman admitted.

Francine explained that at first she was very scared, but then she stopped obeying the demons and persuaded them to return her. “I told them that I believed in Jesus and I don’t think he would hurt me. Then I suddenly left hell, ”she said.

After that, dark entities showed Francine her entire life path and drew her attention to all the mistakes she made in life. “This revision was so detailed that they even showed moments when I looked at someone the wrong way. I was shown how my behavior hurt others, and I realized that I needed to love others more, ”explained the clinical death survivor.

In the final, the woman felt herself in the bosom of her mother. “It was very calm until I was born. I was reminded of the evil of the world when the doctor who delivered my birth thought, “Here’s another little whore.” I heard this and it was very sad. After that I lived my life, died and was reborn thousands of times. This infinity was a real hell and I wanted it to stop, ”Francine said.

Some researchers believe that what the patient describes is a normal phenomenon, and such an experience does not necessarily mean that the person has seen heaven, hell, or life after death. “This may be happening when the brain scans itself as a survival technique,” said Dr. Sam Parnia, director of resuscitation and revitalization research at the Langon School of Medicine in New York.

Earlier it was reported that a woman who wished to remain anonymous spoke about feelings during a clinical death after a car accident. She stated that she saw her lifeless body and the wreckage of a car, after which she went, as she believes, to heaven.