The wonders of the atmosphere. Brokensky Ghost 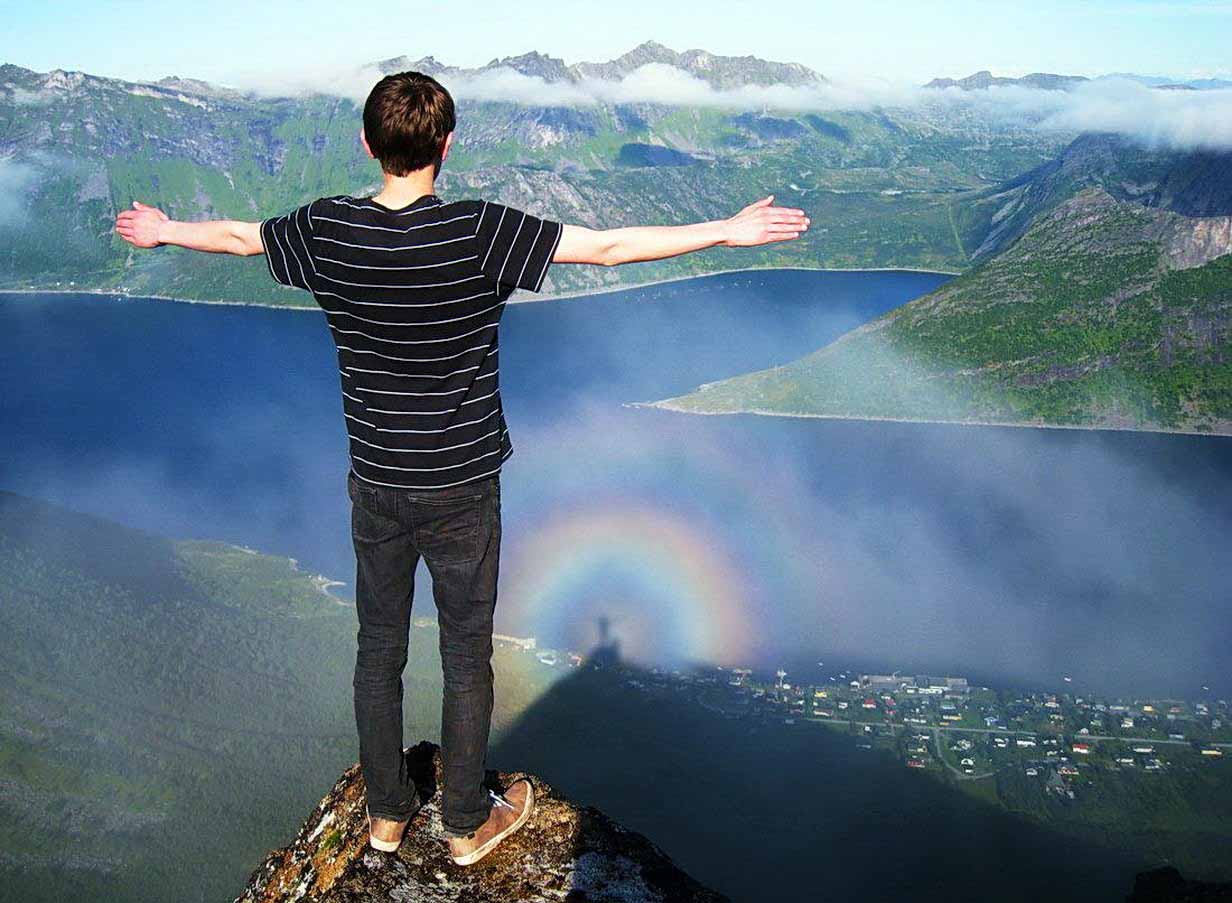 Brokensky Ghost (Ghost mountain, the radiance of the Buddha). A huge shadow of a man (or object) on the surface of clouds or fog. This shadow is often surrounded by coloured rings (Gloria).

Due to the movement of the cloud layer, the shape of a Ghost on its surface can intricately move or change. Observed in the cloud or in the fog, located directly opposite the light source. The observer must be on a hill, and the light source is behind him. 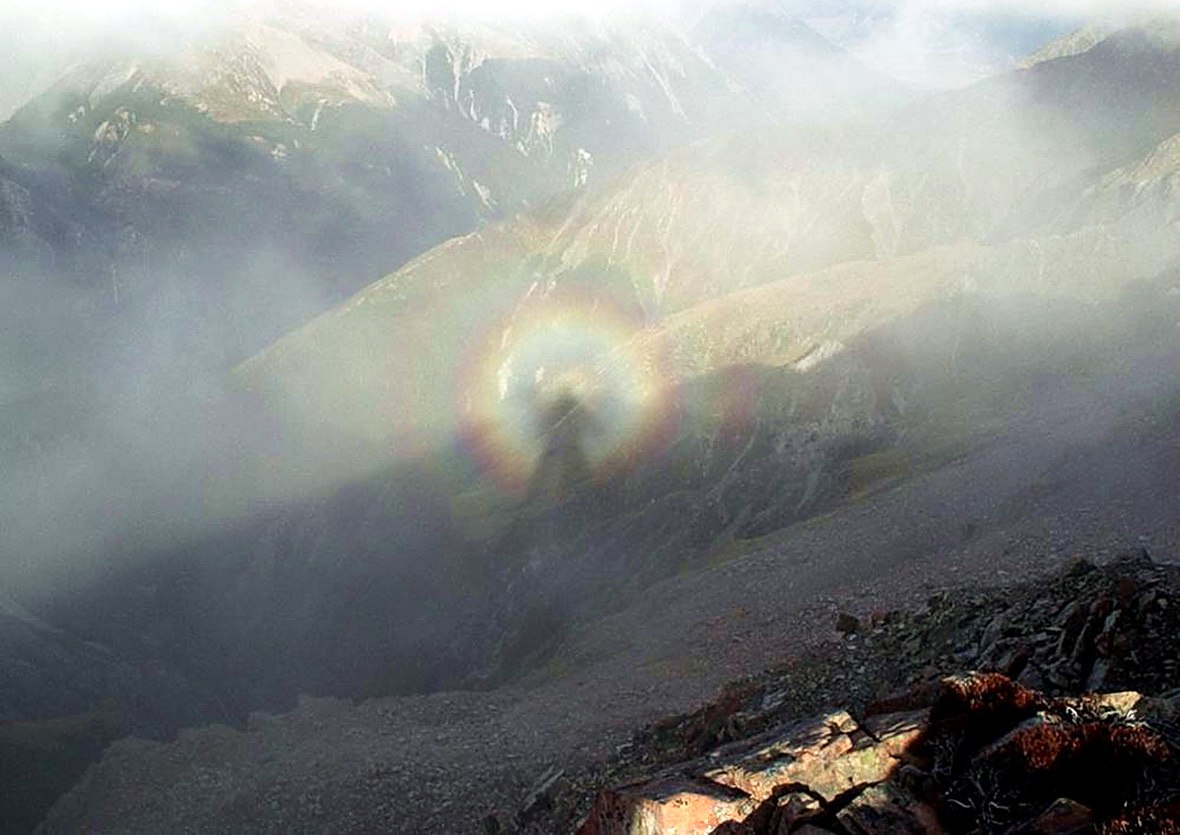 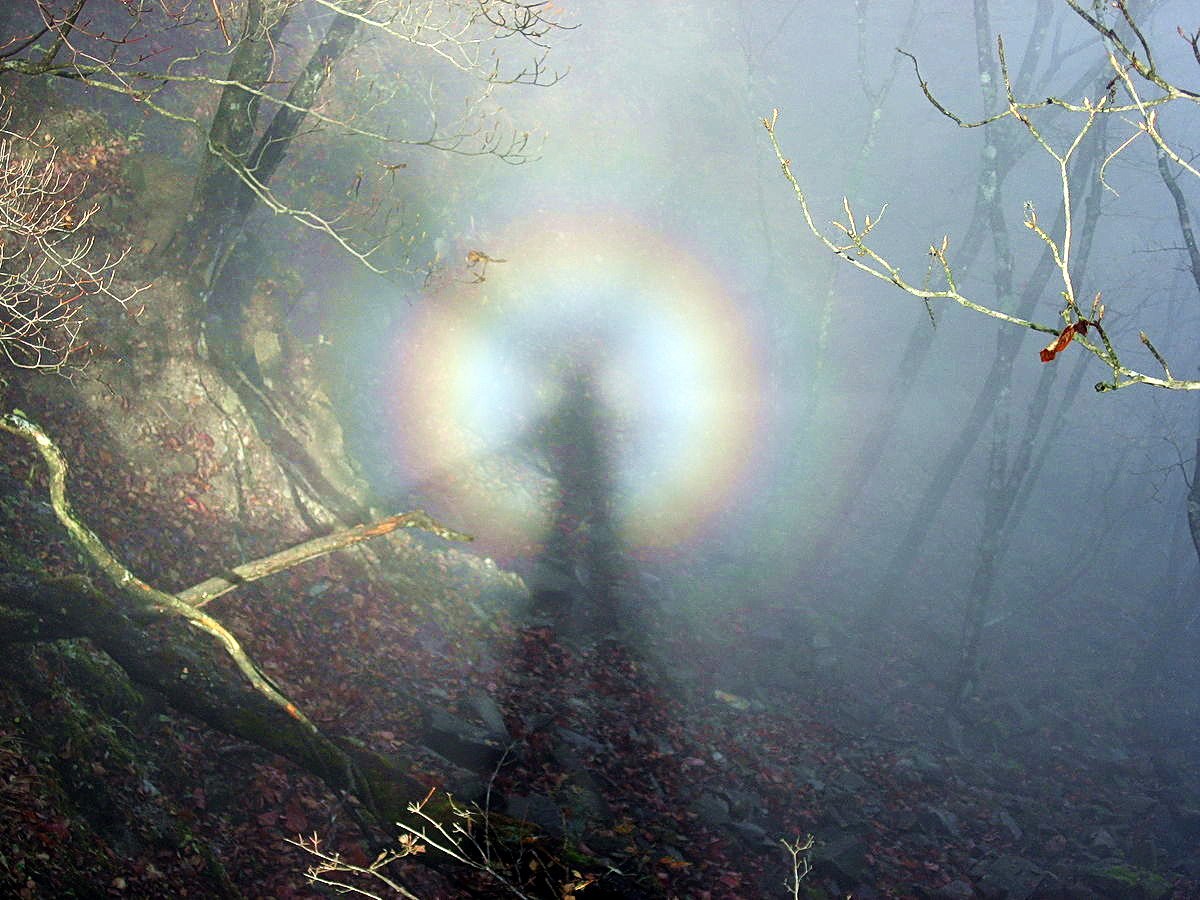 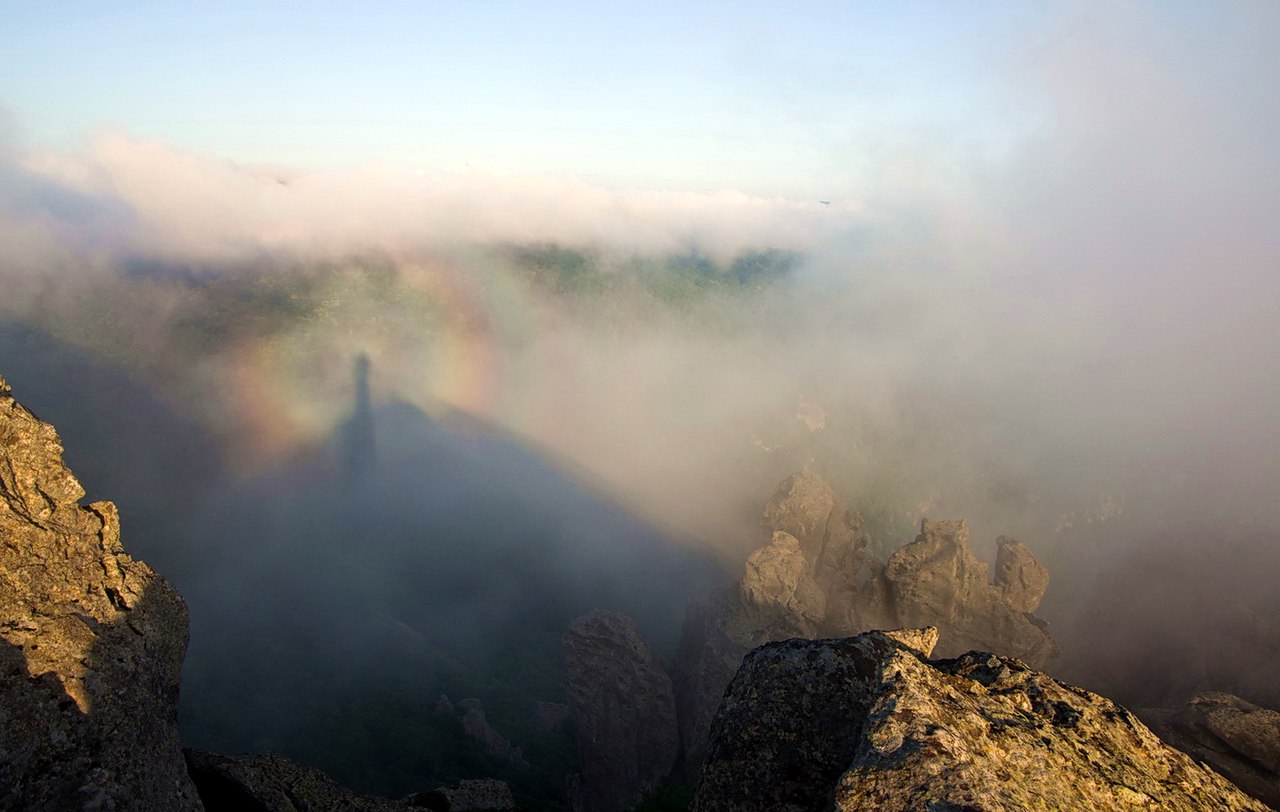 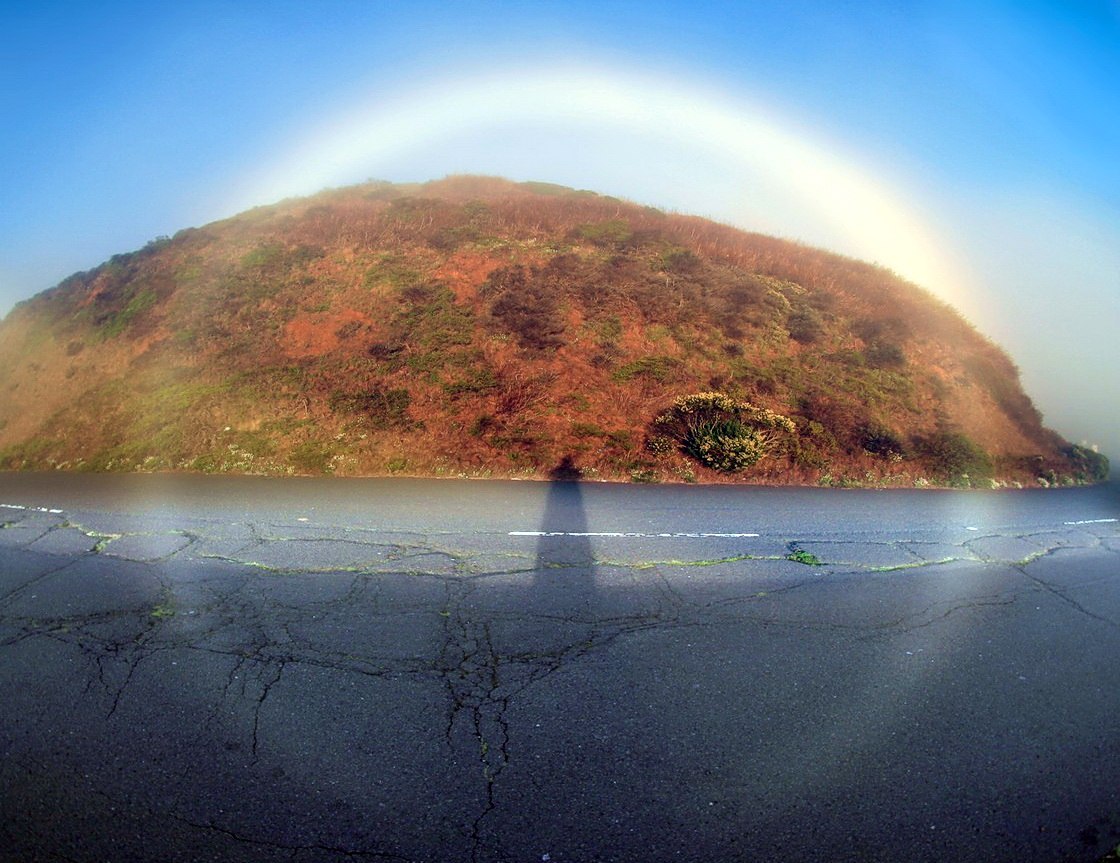 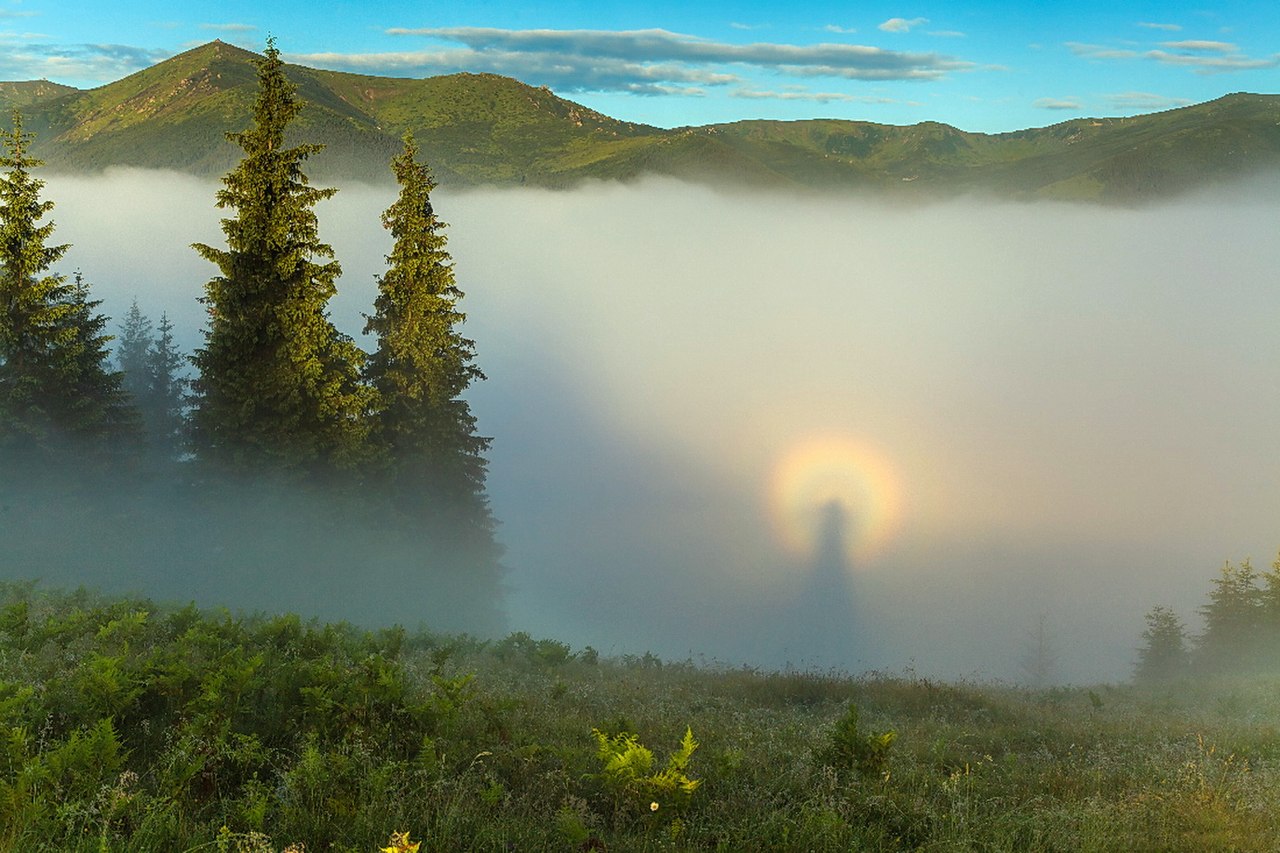 Appearance: a distinct shadow (person or object) and a colored ring of light on the cloud (fog) around it. Inside is blue, outside red, then the ring may be repeated with less intensity. Gloria is due to the diffraction of light (the reflection of light in drops so that it is returned from the cloud in the same direction it came from).