The Yamal scientists discovered on the island of White gas bubbles 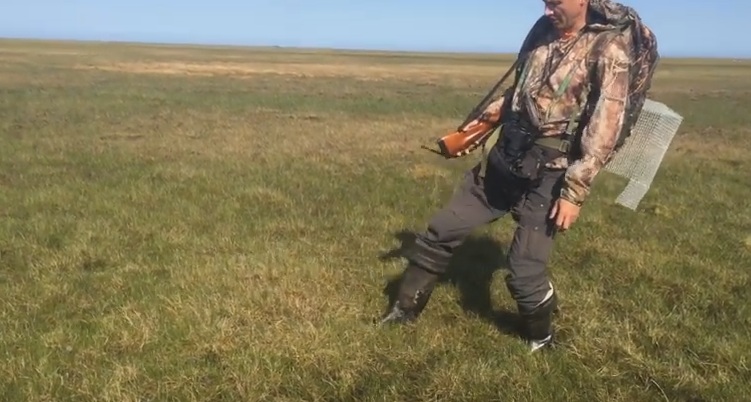 On the White island of Yamal, scientists have discovered twelve new gas bubbles. About it the Deputy Director of Ecological research Department Alexander Sokolov told reporters.

According to him, this happens because of the intense release of carbon dioxide and methane. Scientists took samples of turf for laboratory testing to identify the presence of other gas components. He believes that this is a very alarming signal.

Scientists have found unusual gas bubbles on the White island. It’s a loose layer of earth, under which is the focus of gas. Education evidence of the intense release of carbon dioxide and methane close to the surface of the earth. Experts call it an alarming signal. The find was made during the expedition.

“This may mean that due to warming permafrost began to melt, releasing methane, which belongs to the so-called greenhouse gases. I guess the heat, which lasted several days, led to the fact that he woke up the bacteria that are produce plexity gas and methane. If one were to place a “bubble” from it with the noise the gas comes out. Guesses about the composition of the air confirmed the simplest analysis. We got this air and examined it in the gas analyzer”, — told “URA.Ru” employee of Arctic research hospital aleksadr falcons. He added that the phenomenon must be studied.

We will remind, amazing the Yamal crater, discovered in 2014, interested scientists from different cities of Russia and different countries. She was found near the Bovanenkovskoye field. One version of its origin was named the emission of gases. According to the version of the scientist Alexander Sokolov, funnel and bubble the gas have different origins.

Another result of the expedition to the White island this year was to identify trends in the migration of polar bears from the sea to the island. It is probably also due to warming. “Circumpolar regions are faced with the fact that sea ice started to melt. Because of this, closer to shore, the seals moved. This is the main diet of bears. So the latter increasingly come ashore”, — concluded the scientist.

An important result of the expedition for the scientists was the capture of a rare island White birds — average Skua. He was wearing a special sensor that indicates the movement of birds.