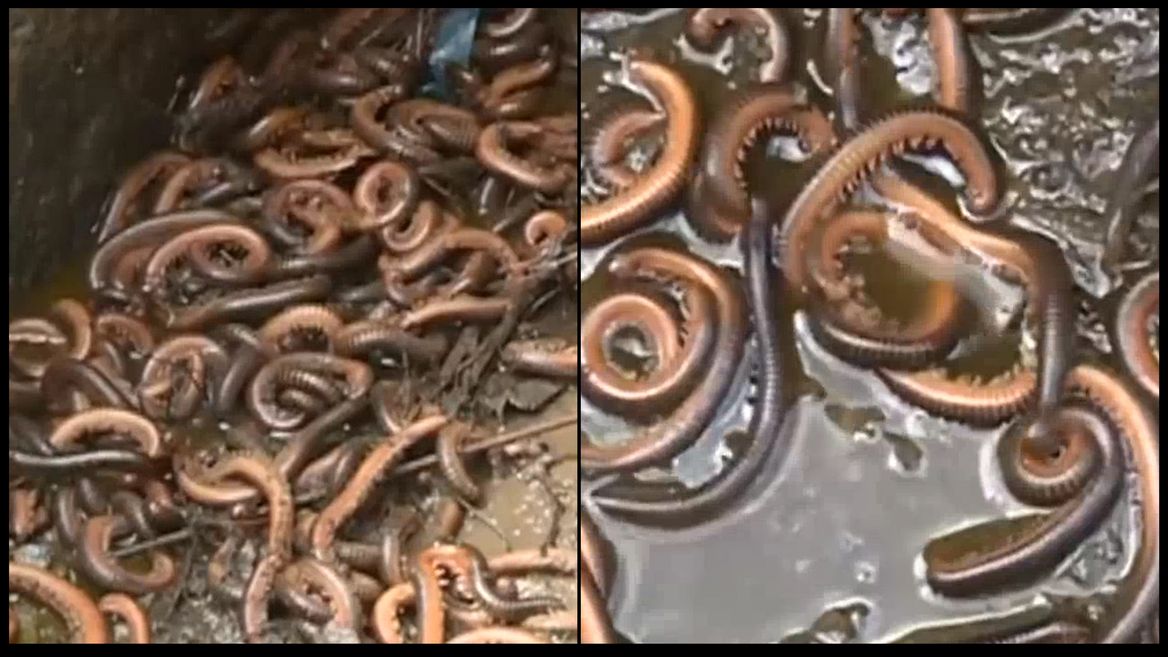 Residents of two villages in the Chinese province of Yunnan complain about thousands of millipedes that crawled out onto the streets after the rains.

Millipedes appeared after a flood caused by heavy downpours. Local residents claim that they have never seen such creatures, and dubbed them “strange beetles”.

They collected dozens of kilograms of dead arthropods and complain that it is difficult to exterminate them. They do not take ordinary insecticides, and when they are thrown into the fire or poured with boiling water, they curl up and remain alive.

The representative of the local environmental authorities, Wang Jianbing, said that the flood had driven the millipedes out of the dark and humid places where they lived. He recommended that local residents use slaked lime to fight them.