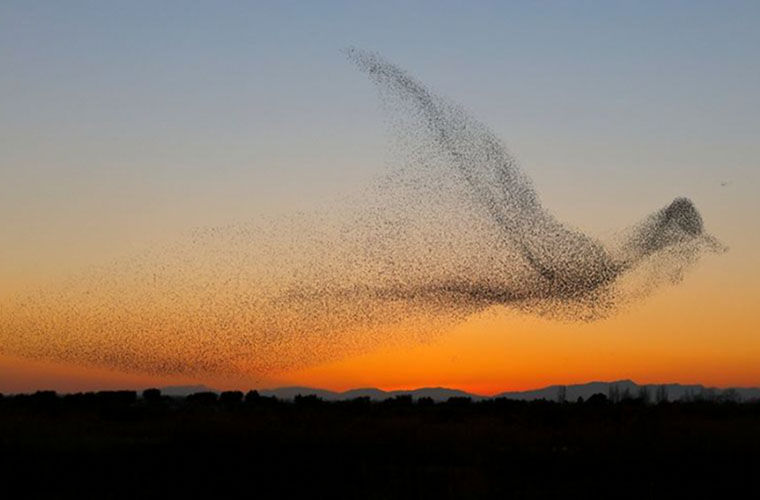 Daniel Bieber, a German photographer, in the skies over Costa Brava, Spain, was able to photograph an amazing phenomenon called mumuracy, when thousands of starlings are gathering in a huge flock creating amazing images in the sky. 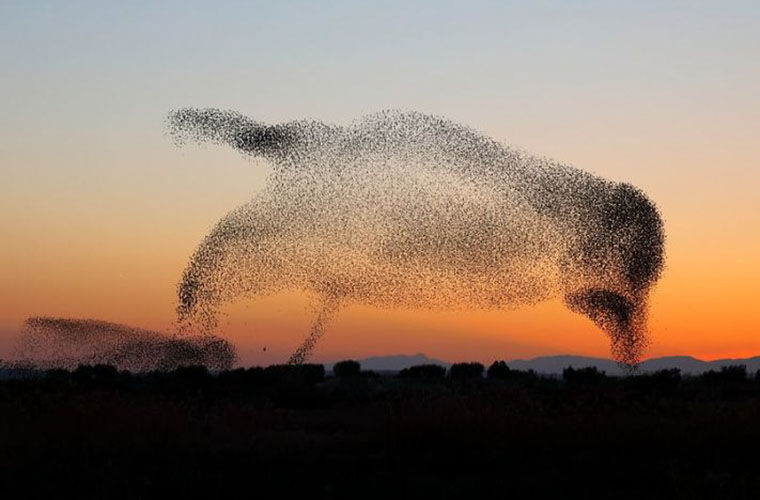 A huge number of starlings created a figure of a huge bird in the sky. The photographer himself believes that in this way the starlings reacted to the appearance of a predatory hawk near the pack and in response to the threat created the image of a giant bird of a frightened predator.