Thousands of strange sea creatures invading the beaches of California 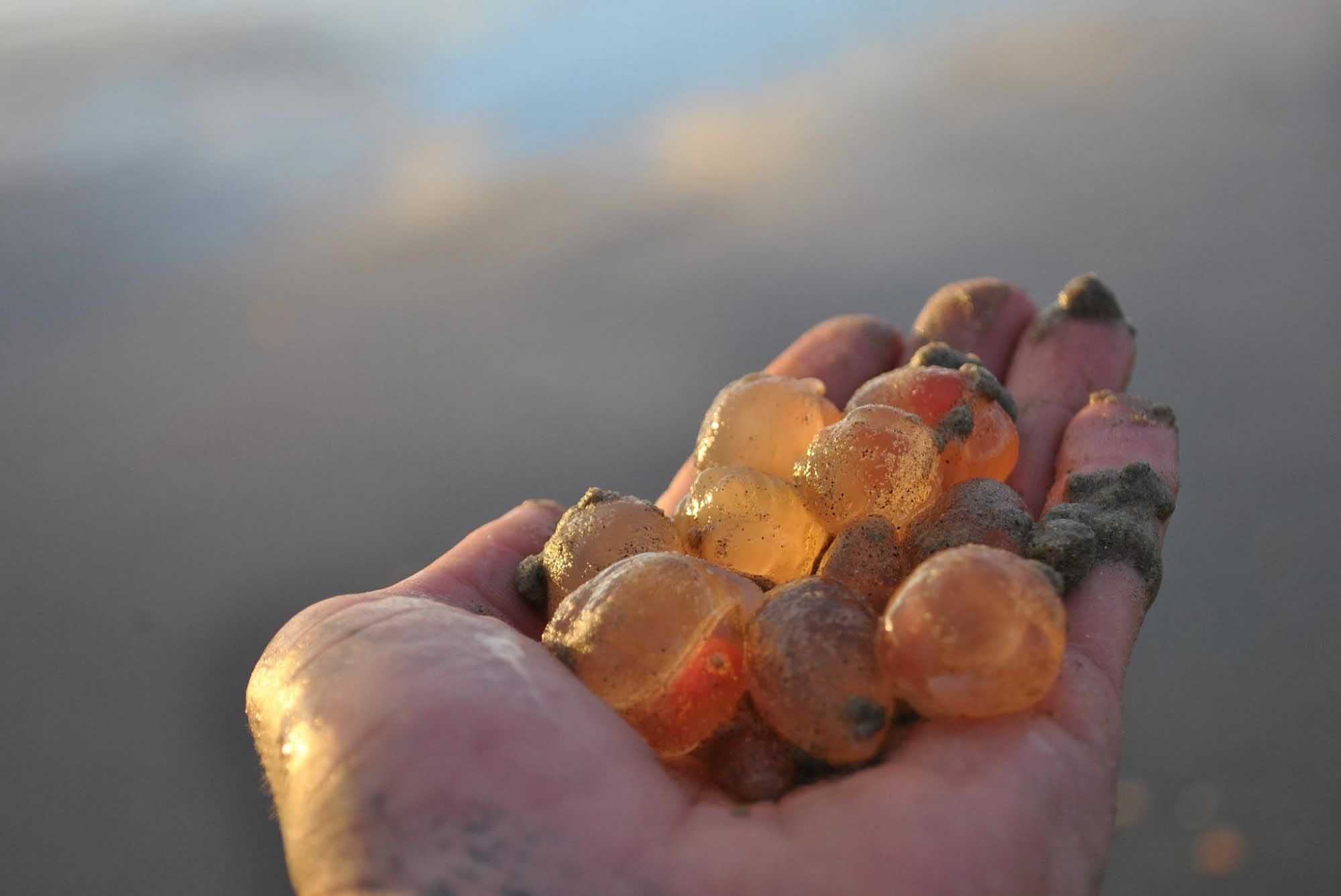 Thousands of strange sea creatures, like a large translucent chunks jelly filled coast of California. Scientists still can not give a accurate assessment of what it is.

Legions of mysterious jelly-like creatures washed up on California beaches on Monday and Tuesday, caused the locals surprise and fear. 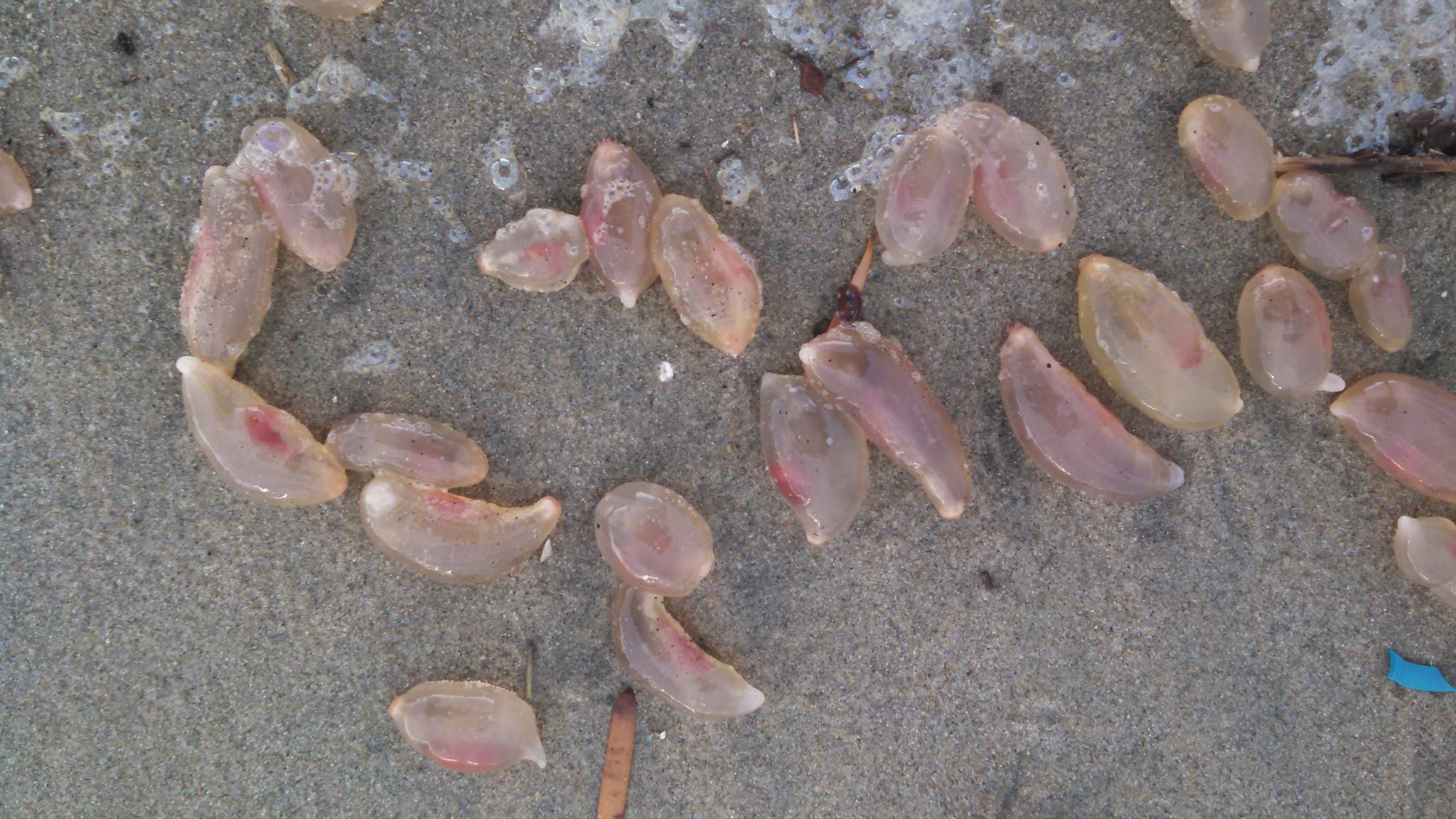 Ryan Rastman living far from Hungtinton beach, says that “a mysterious creature burst under your feet like little slimy balls of water.” He says he saw thousands of such creatures on the coast. Other locals say that strange creatures have been so many that they couldn’t see the sand.

Employee of the Huntington housing Maritime security, Lieutenant Claude Panis, for forty years of his work not seen anything like it. Professor in the Department of ecology and evolutionary biology UC Irvine, said that most likely this so-called “pelagic tunicates”, or salp, a barrel-shaped invertebrates with soft, like gelatin bodies – “one of the most interesting and least known creatures living in the ocean.” These marine animals though like jellyfish, but are actually more closely related to vertebrates. Salpy occasionally appear off the coast of California, but this mass invasion was not.