Transparent man with a wolf’s muzzle brought the Ivanovo prison 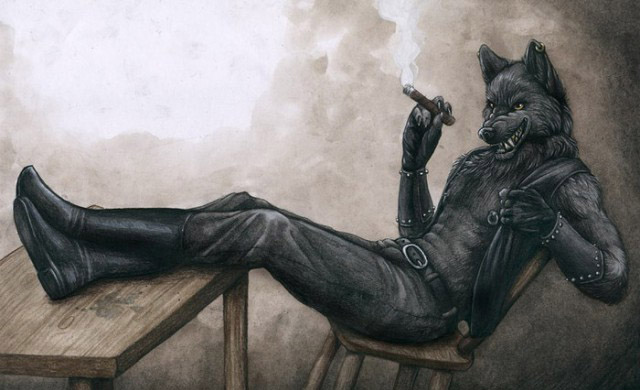 In Ivanovo police arrived on the call after reports of gunfire in a house, I had to calm down his master. He argued that it is already a few days pursues a transparent man with a wolf’s snout.

As explained in police, the detainee was firing a hunting rifle in his house, and as reported by his neighbours. Arrived at the emergency, law enforcement officers surrounded the building, blocking access to outsiders to the zone of fire.

Ensuring the safety of people living nearby, the police entered with the gunman in negotiations.

He quickly went on contact and surrendered to the guards. Weapons and ammo not shot he was immediately seized. Fortunately, the fire nobody has suffered.

Then it was found that 42-year-old Ivanovets, who kept in his house a shotgun, for the last two weeks heavily abused alcohol.

Police arrested said that he opened fire because his house suddenly appeared transparent man with a wolf’s snout. The detainee assured the police that the vision seemed very real and was stalking him for several days.

To leave the strange creature wanted. As the head of the Department of information of Ministry of internal Affairs of the Ivanovo region Vladislav Radostin with reference to the testimony of the detainee, the first owner of the house was watering his ghostly guest with water, and then began to chase him with a knife.

In this case the police examining the house found that the walls in the rooms were istykannyh stab, RIA Novosti reported. After the man was desperate to banish the strange guest, he even had thoughts to commit suicide. However, at some point transparent man ripped off the black mask that still covered his face, and sneered at the owner of the house wolf snout”, said the representative of the regional police cupola.