Two-headed calf was born in India 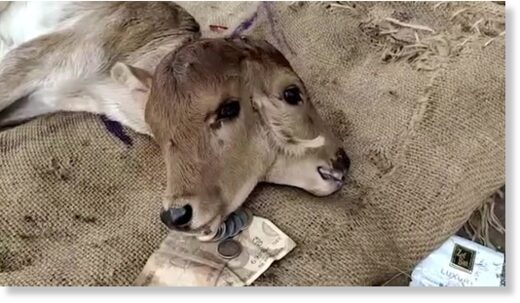 Two heads were joined at one neck, and each had two eyes, but each had three ears.

Locals in Panega Rajnandgaon, Chhattisgarh, Central India gathered in large groups to witness and bow to the spectacle. Many left money gifts, believing it to be a miracle.