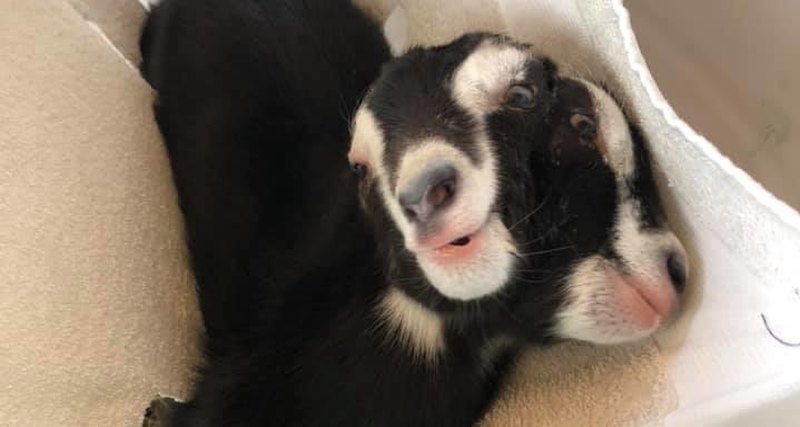 An unusual animal was born in the United States in the city of Wittenberg in Wisconsin.

The double-headed goat was born at one of the farms of Nueske Farms LLC.

At the Nueske Farms family goat farm, during another birth in early April, one of the goats brought unusual offspring – a goat with two heads was born. The animal, which was named Janus in honor of the two-faced god in ancient Roman mythology, turned out to be completely physically healthy, not counting two goals, reports People.

The veterinarian who examined the double-headed goat explained that on the X-ray photographs of the animal two fully formed skulls were visible, which fused in the region of the occipital, parietal and temporal bones. Also, Janus has two brains that merge into a single one in its back, and in addition, each head has its own spinal cord, which are combined in the spine. At the same time, the goat’s two inner eyes are blind, but he eats with both mouths.

The owners of the farm said they did not intend to abandon the double-headed goat. The animal feels good and behaves like an ordinary goat with the only problem – Janus experiences periodic difficulties with walking and is not always able to hold and control his head that is large for his age. According to the owners, they expect that over time the goat will cope with these difficulties.